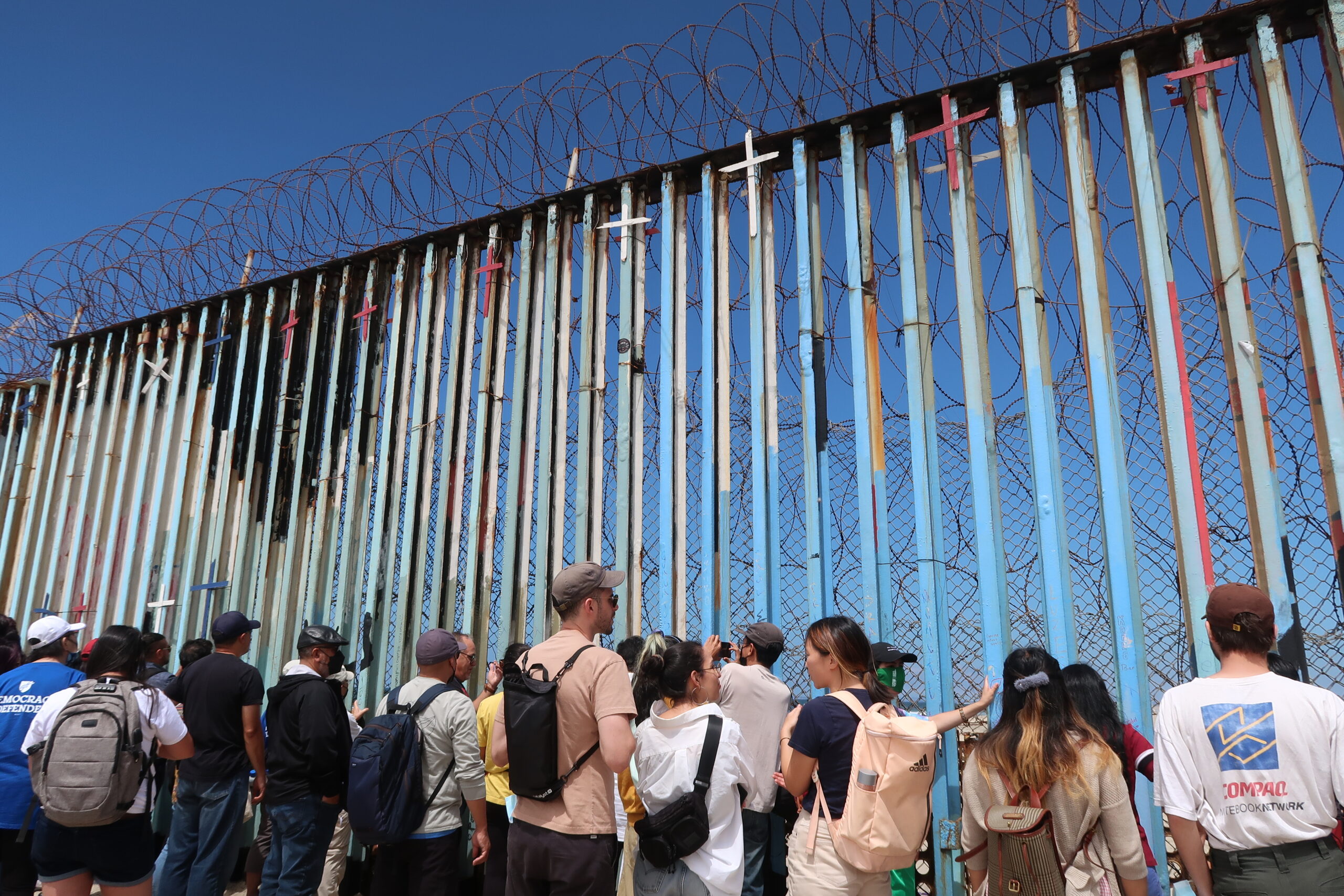 The UCLA Labor Center and Asian Pacific American Labor Alliance (APALA) brought together over 60 union leaders, community organizers, and worker activists for a weekend of information-sharing and solidarity-building with worker and community-led campaigns for immigrant and migrant worker justice in San Diego and Tijuana. 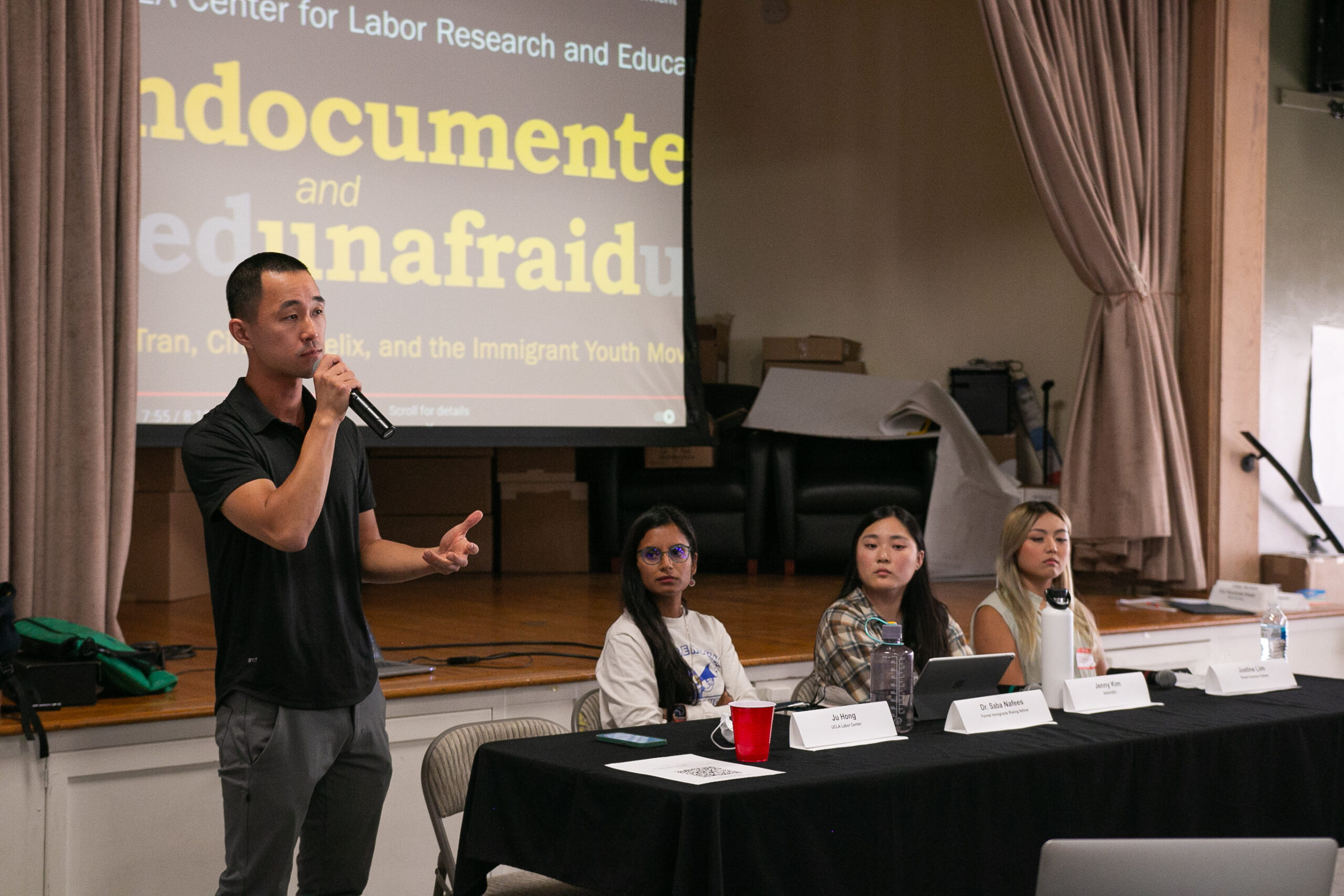 Events held on both sides of the border highlighted the need for action on urgent and unresolved issues relating to immigrant and migrant workers’ rights: racialized violence enacted by law enforcement in border communities, family separations due to deportations and visa backlogs, protections for undocumented students and workers, the need for resources and training to help workers have better lives on both sides of the border, and more.

“APALA members know that the fights for immigrant rights, worker rights, and racial justice are deeply interconnected,” said Brady Calma, President of APALA. “As labor leaders and workers with ties to long histories of migration, we’ve always made it a priority to work in inter-ethnic and inter-racial coalitions with other immigrant and undocumented activists on both sides of the US-Mexico border and around the world. The strength and growth of the US labor movement is rooted in the fight for the rights of workers—all workers from all countries and all immigration backgrounds.” 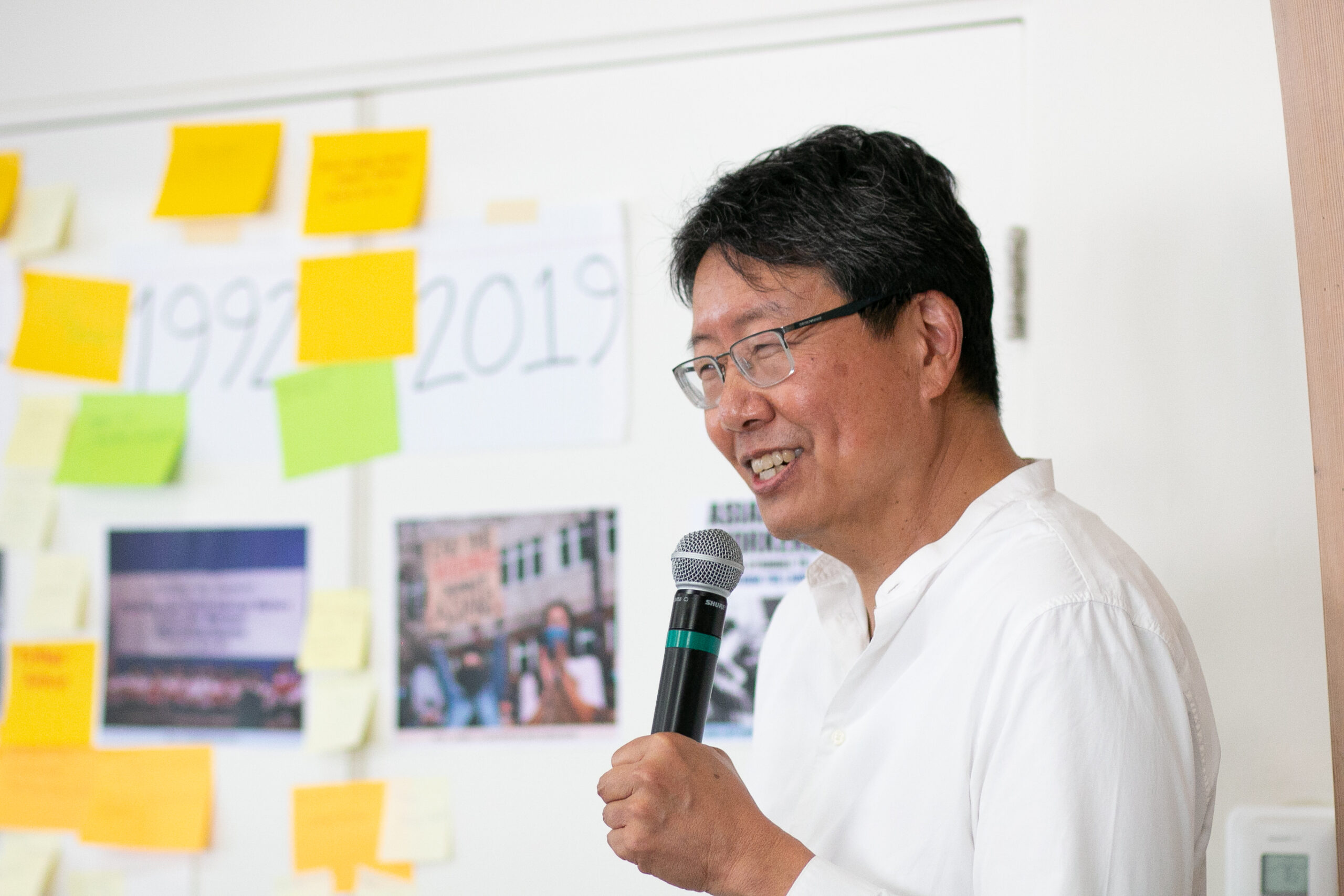 “This weekend was part of an ongoing collaboration between APALA and the UCLA Labor Center. Together, we’ve uplifted the critical need for unions to take action on AAPI and racial justice issues such as continuing the fight for immigrant justice,” said Kent Wong, Director of the UCLA Labor Center.“This gathering has created new connections between activists working toward shared goals across the border, built solidarity between labor and immigrant rights organizations, and offered concrete actions everyone can bring back to their labor unions and community organizations.” 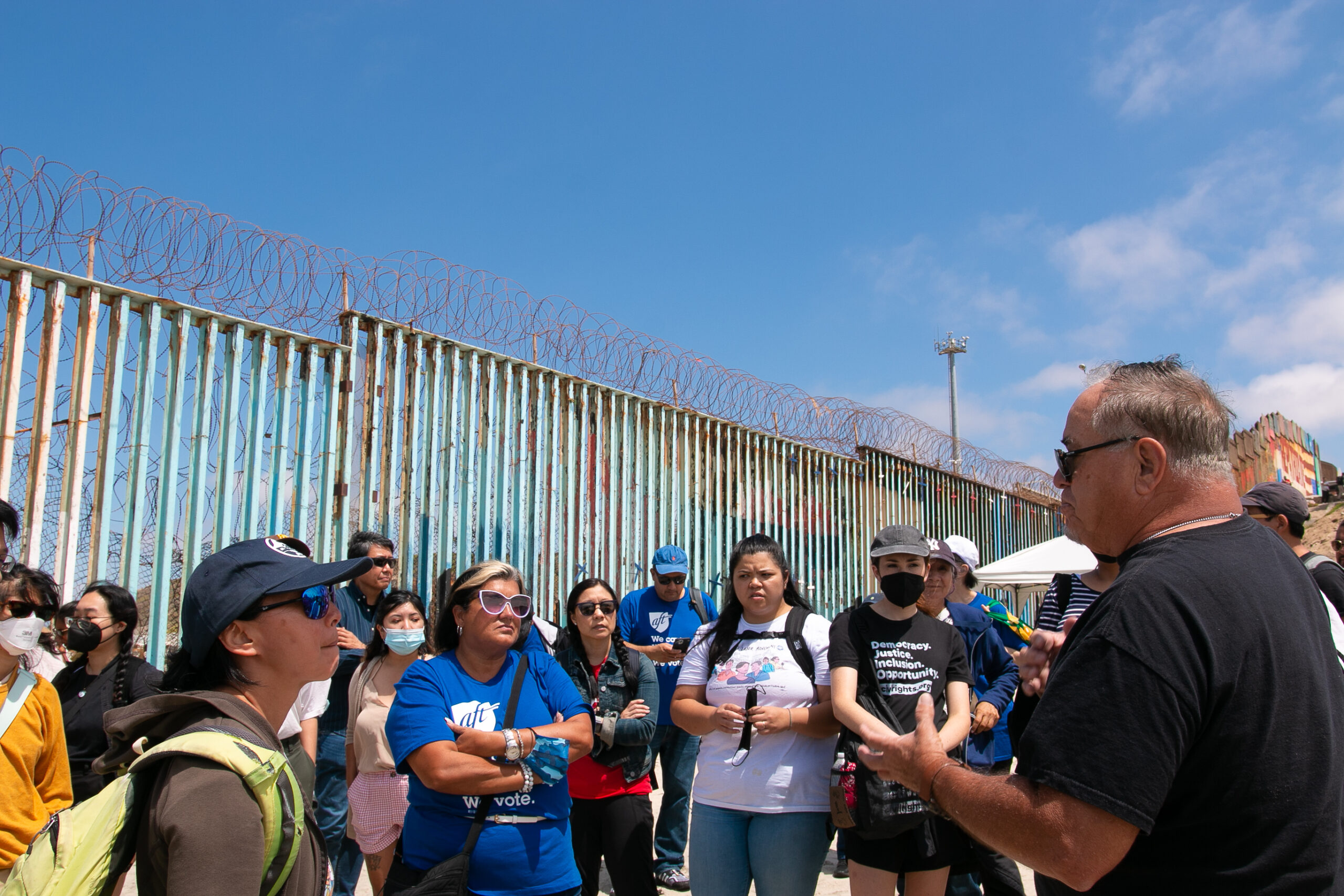 Learning about deportee activism in Tijuana

“AAPI workers, students, and community members have long been at the forefront of the immigrant rights movement in San Diego,”said Erin Tsurumoto Grassi, Policy Director of Alliance San Diego and member of APALA San Diego. “We were excited to share our experiences of organizing in our border communities so that activists in all parts of the country can better understand and support their immigrant communities as well.”

In Tijuana, participants joined local activists for a silent march at Friendship Park and then observed a border church mass. They also visited a migrant worker training center and migrant crisis center to hear from community leaders, deported veterans, and worker organizers about their current campaigns. Mexico-based organizers emphasized the importance of maintaining strong alliances across the border with labor and immigrant rights groups. 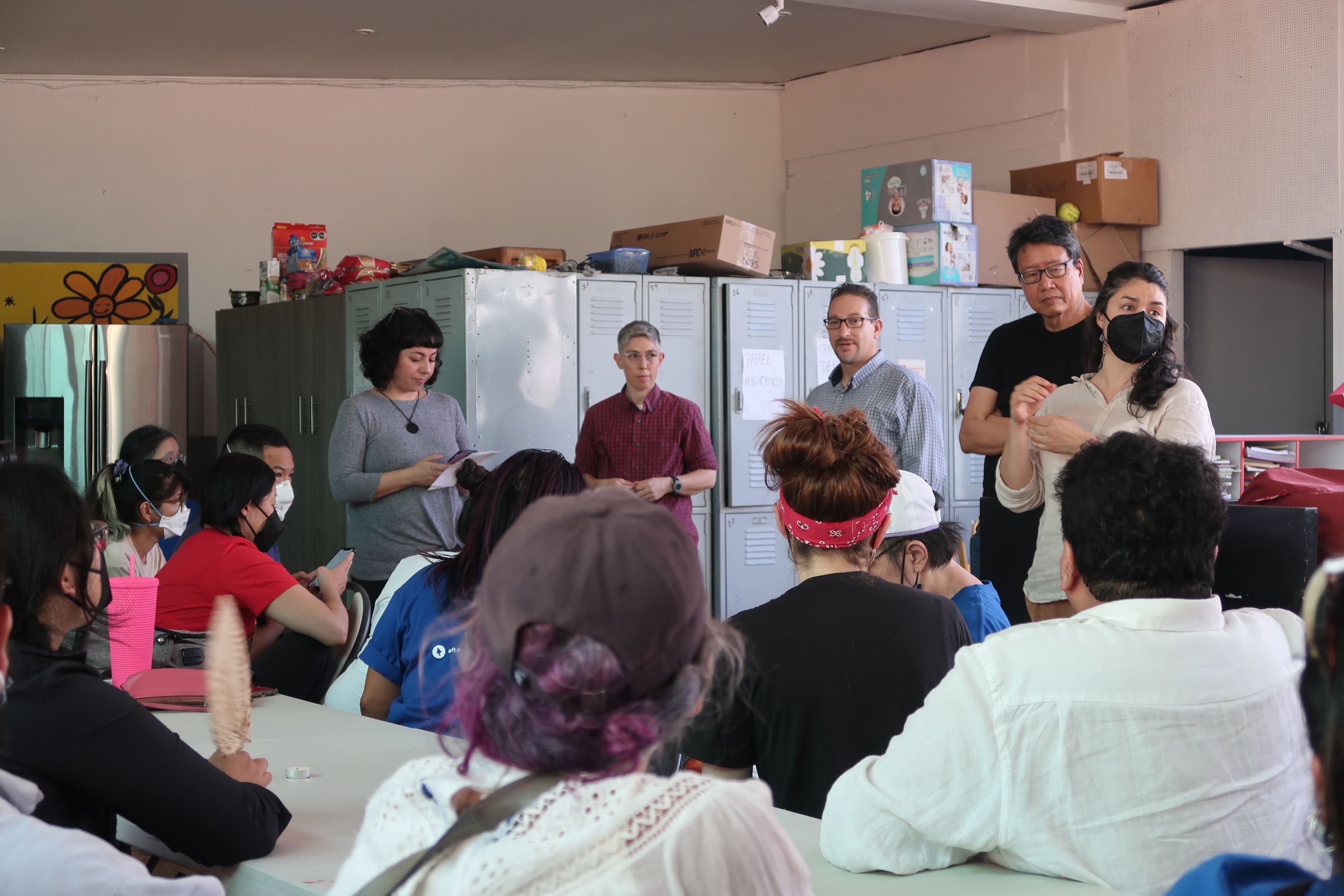 “We are fighting for tremendous change in the face of powerful systems and institutions that want to keep exploiting immigrant and migrant workers,” said Kendy Rivera, Field Specialist for Migration for the Americas of the Solidarity Center. “Borders and bosses are focused on dividing workers because our unity can force unjust structures to crumble. It is important to maintain our connections and solidarity across borders because that is how we win better lives for all working people.” 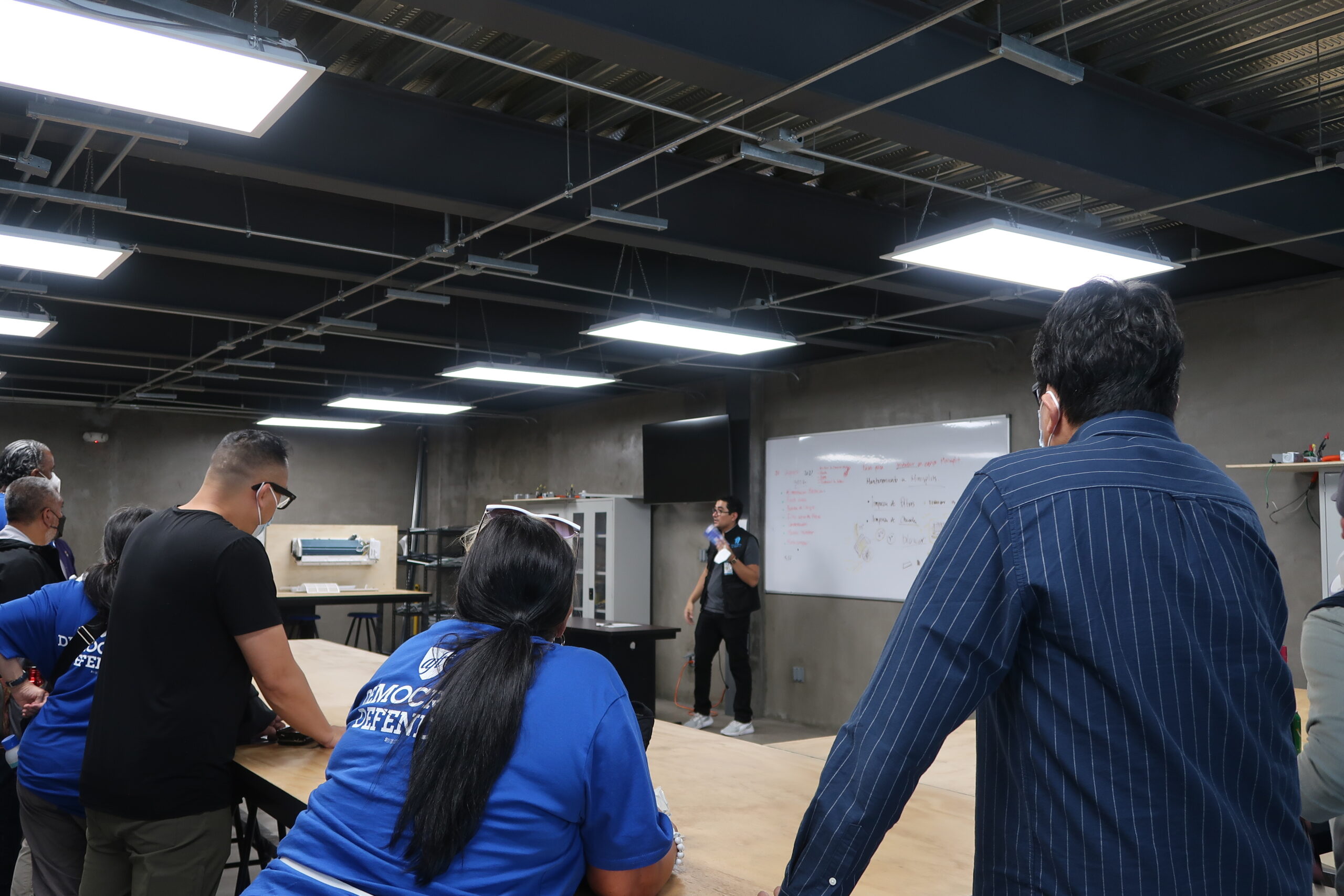 Classroom where migrants in Tijuana can learn HVAC trade skills 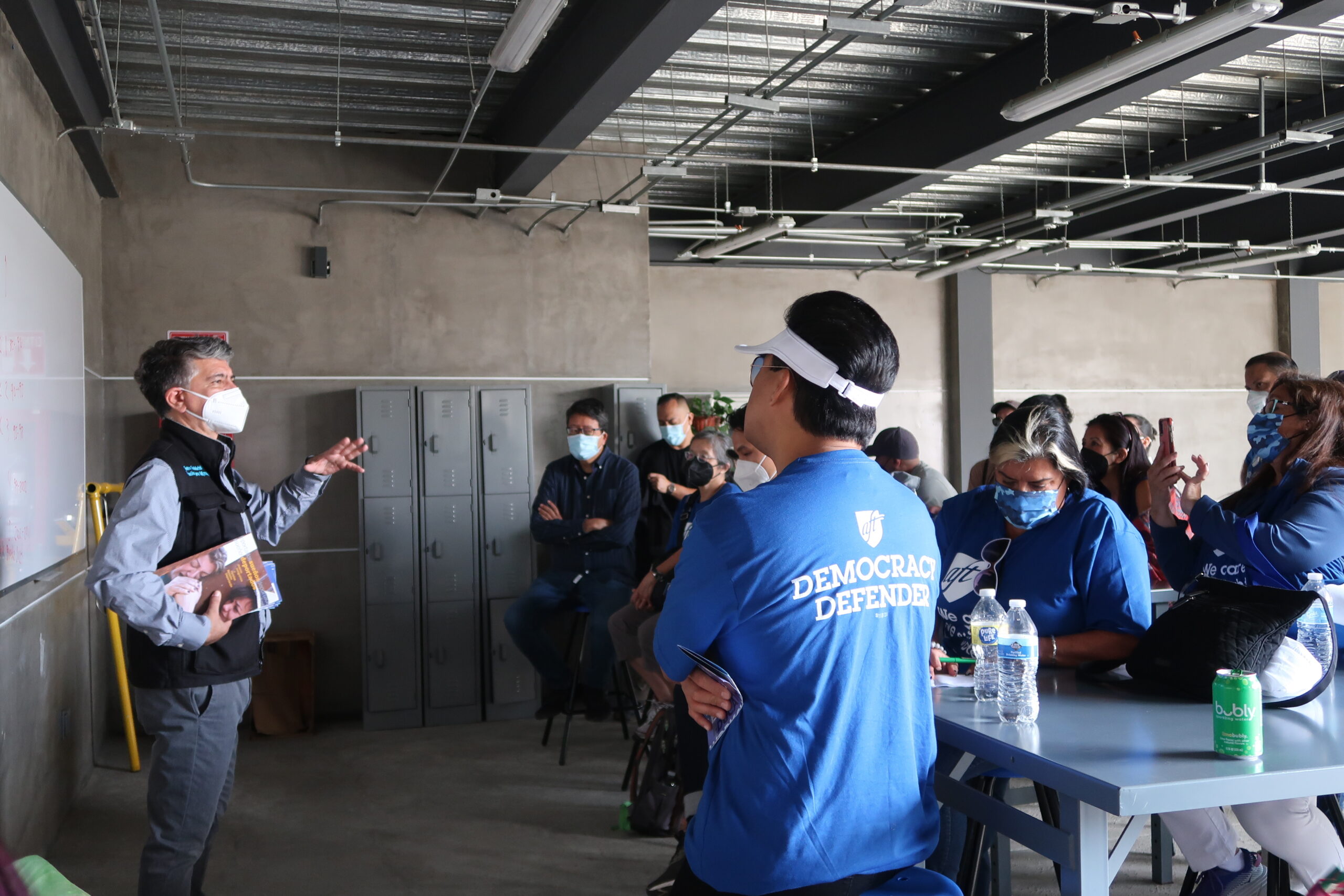 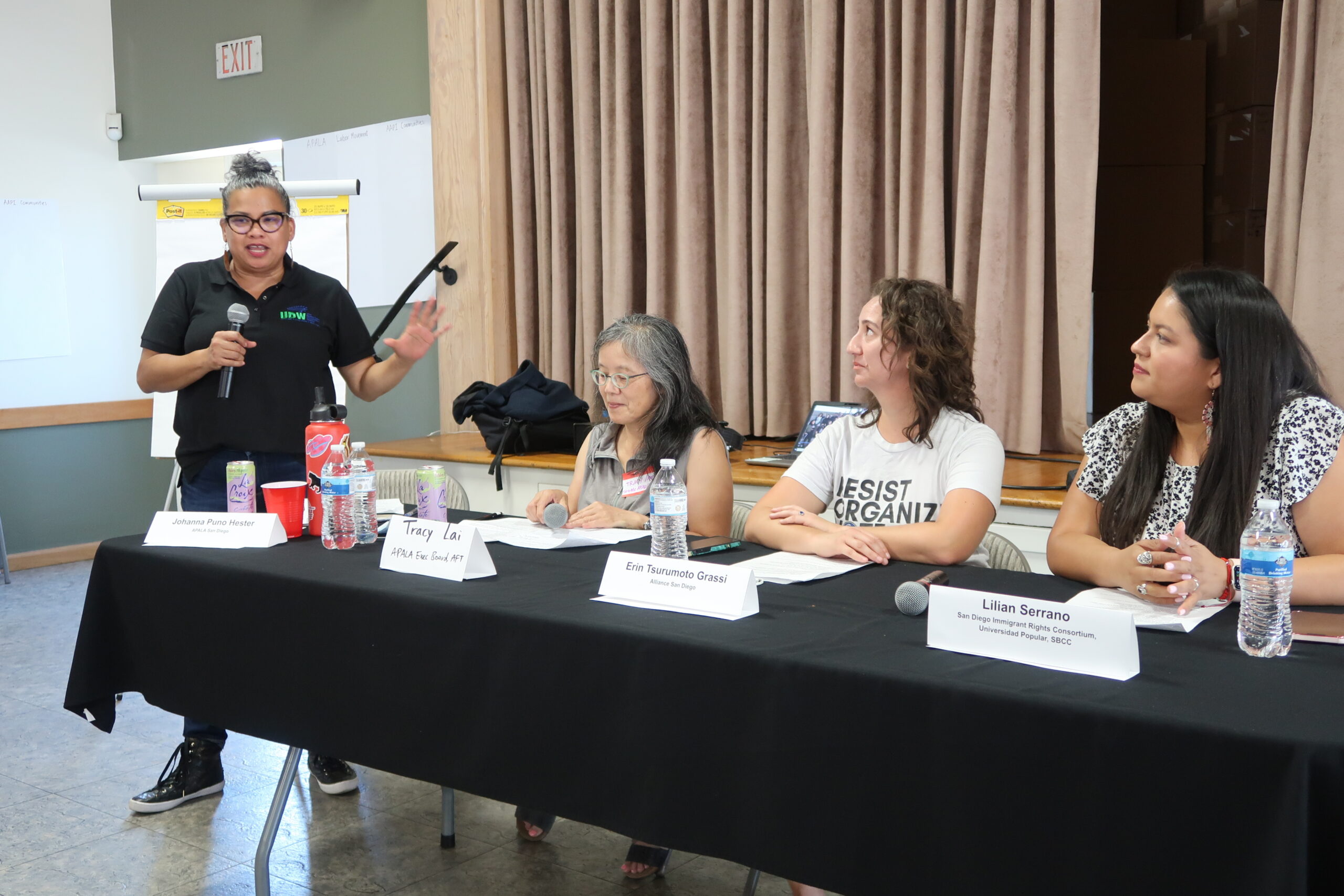 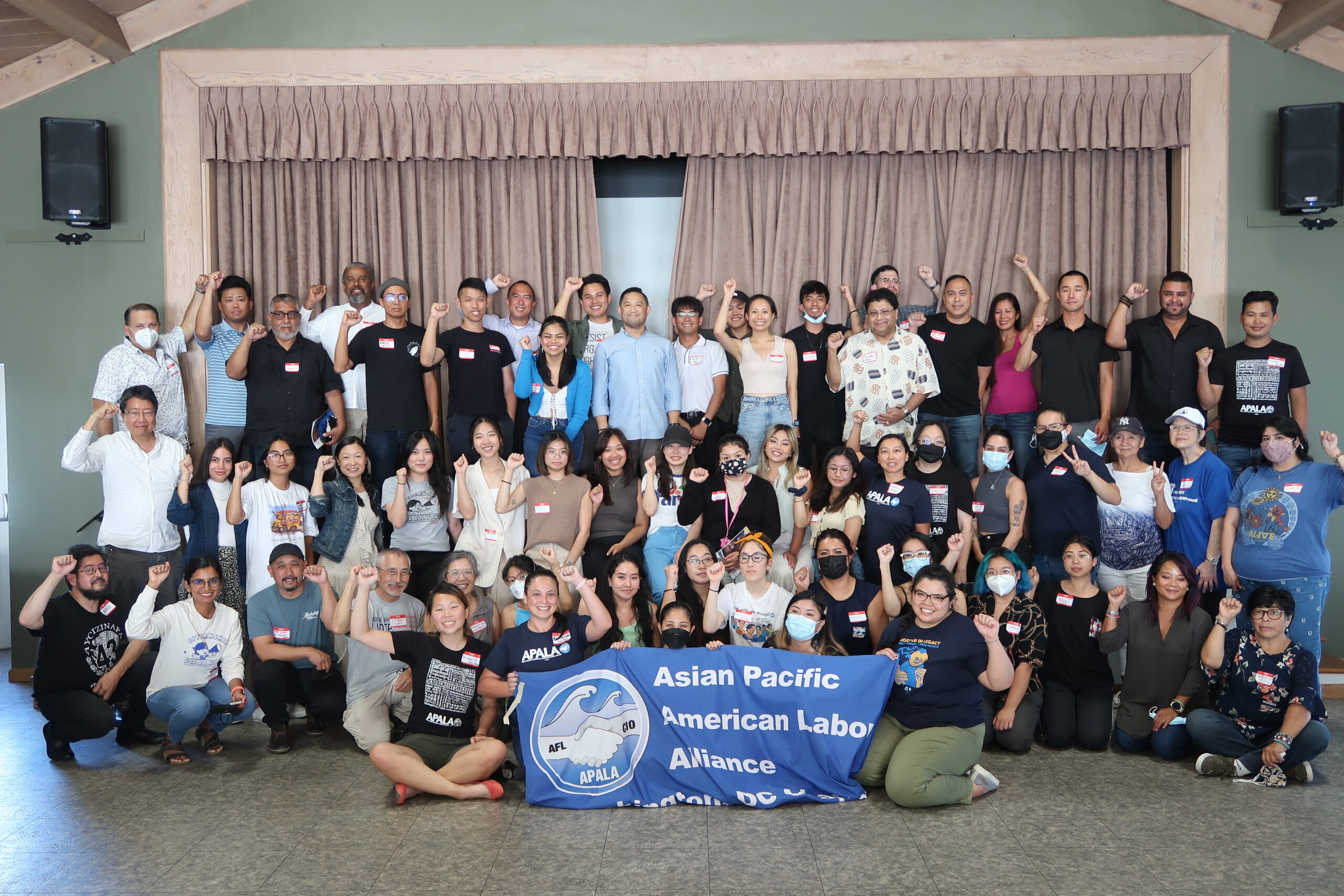 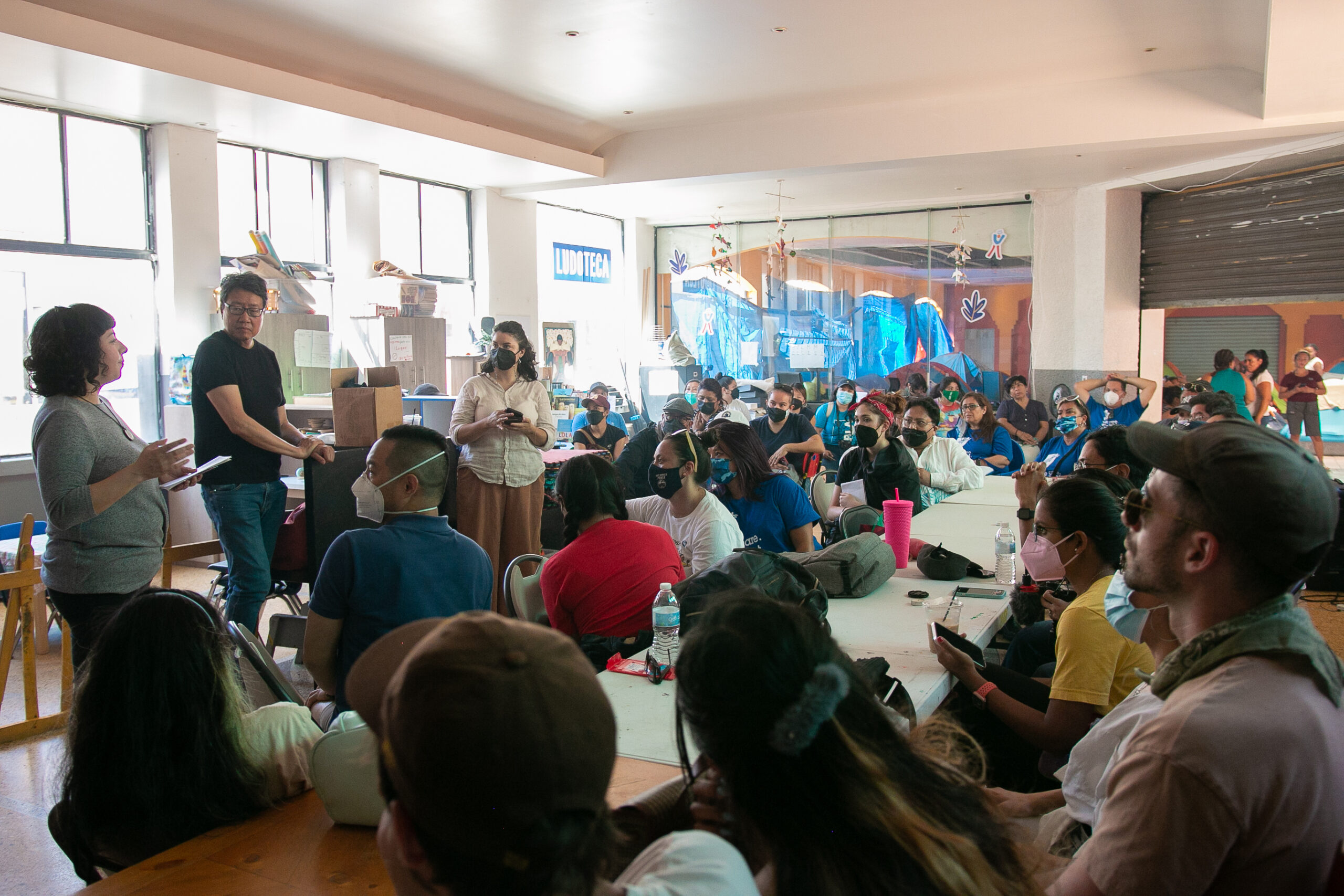 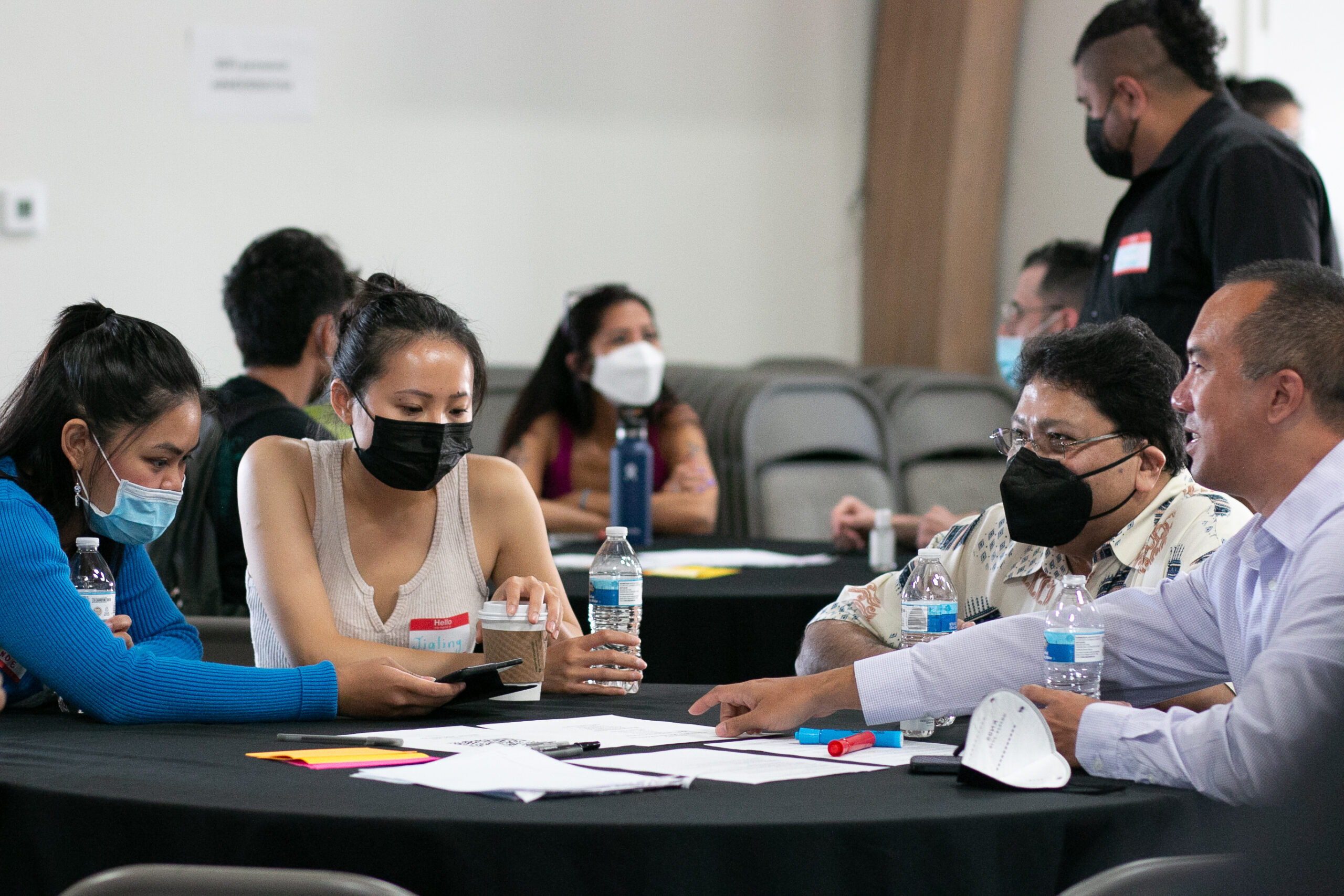 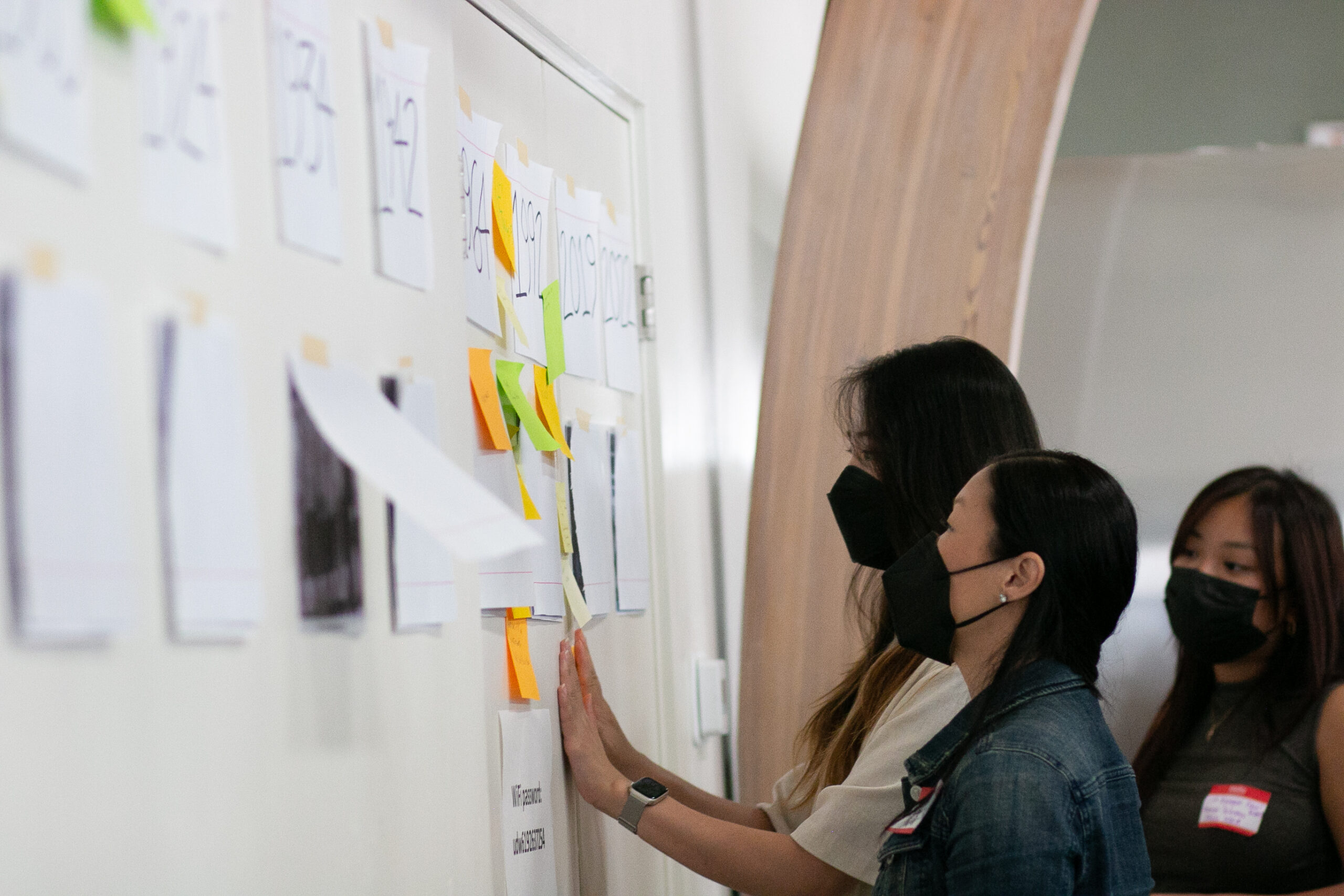