New Report: Building a Movement Together 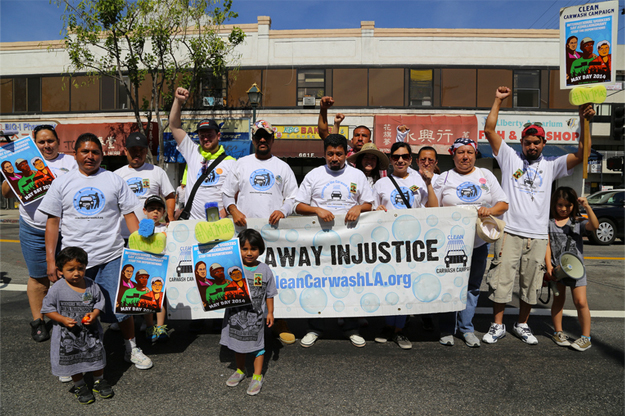 Over the last decade, the labor movement has begun to transform, rebuilding and reinvigorating itself from the ground level. A decisive element of this transformation is organized labor’s evolving partnership with worker centers. In 2006, the AFL-CIO institutionalized partnerships with worker centers through a process of affiliation.

Today, 16 worker centers, 16 central labor councils and one state federation involved in 16 local affiliations are active throughout the country. These partnerships have led to significant accomplishments in local policy campaigns against wage theft and other forms of exploitation against workers, strong solidarity support for organizing efforts to win a union or address conditions in the workplace, and ongoing local joint initiatives that couple collaboration and innovation.

Through interviews and surveys with worker centers and union leadership, the report evaluates the affiliation process and establishes recommendations for the AFL-CIO on how to expand and strengthen them. Victor Narro and Saba Waheed worked on the report along with Jassmin Poyaoan, a recent graduate of the UCLA School of Law.