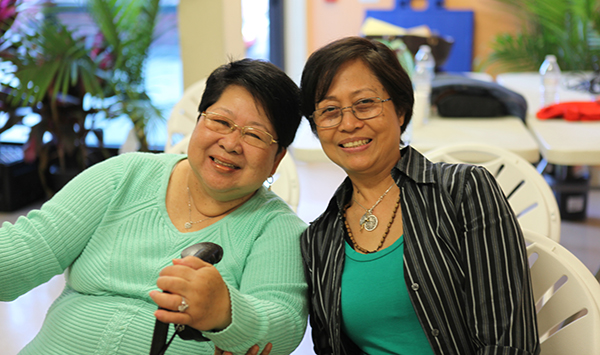 The first comprehensive study of its kind, Profile, Practices, and Needs of California’s Domestic Work Employers, indicates that domestic work has become an integral part of Californian’s daily lives. The research found that the diversity of employer profiles cuts across racial/ethnicity, class, gender and occupation lines, demonstrating how the need for domestic work is widespread. Download the report.

“Our research shows that more family members now work outside the home, work longer hours, and have multiple jobs. Everyone, from the CEO of the company to the person serving you food hires domestic workers,” explained Saba Waheed, report co-author and Research Director at the UCLA Labor Center. “Furthermore, a growing senior population and people with disabilities want to live at home and independently.”

While the need for this work is growing and more Californians are becoming domestic employers,the industry still lacks standards commonly found in other workplaces. This leaves employers on their own, the survey found that 49% of employers devised the terms of employment themselves.

“We know that domestic employers often want to do the right thing but may not always know what that is. The absence of clear standards leads to wide variations in work and pay arrangements which can inadvertently lead to wage and hour violations,” said Lindsay Imai Hong, from Hand in Hand: the Domestic Employer Network that support employers with tools and education around fair employment practices, including the Fair Care Pledge.

“Without a doubt, my children are growing into generous, joyful, caring little people because of the childcare worker we employ,” said Alex Desautels, a mother of two from Oakland, CA. “Paying for childcare hasn’t always been easy for our family, but what the childcare provider has brought to my children is priceless. We have to do better by the women who are caring for our families.”

The data demonstrates there is a need for further expansion of public investment in programs and policy advancements related to homecare and childcare. Without it, the burden of the cost care will fall on families and individuals who struggle to pay, or else, on workers who will work with reduced wages, reduced hours or uncompensated time.

“I could not get through my day without the attendants I employ but I have an ongoing worry that I won’t always be able to afford all the support I need. I used to think that this was just my personal challenge, but this study reveals that there are many other Californian seniors and people with disabilities struggling with these same issues,” said Jessica Lehman, employer of home attendants.

The report indicates that the needs of both employers and workers must be considered to create a fair and dignified domestic work industry.

“California is on the right path and has been pushing forward many great policies from wage increases to expanded family leave. But our survey shows that there’s still more work to be done,” said Waheed. “Our state can lead the way in how we value and support domestic work and catch up with other industrialized nations. This transformation will require public investment, policy advancement, and a broader cultural reconsideration of how this work is valued.”

May 4, 2016 – The Guardian – One in six domestic work employers fails to pay minimum wage in California