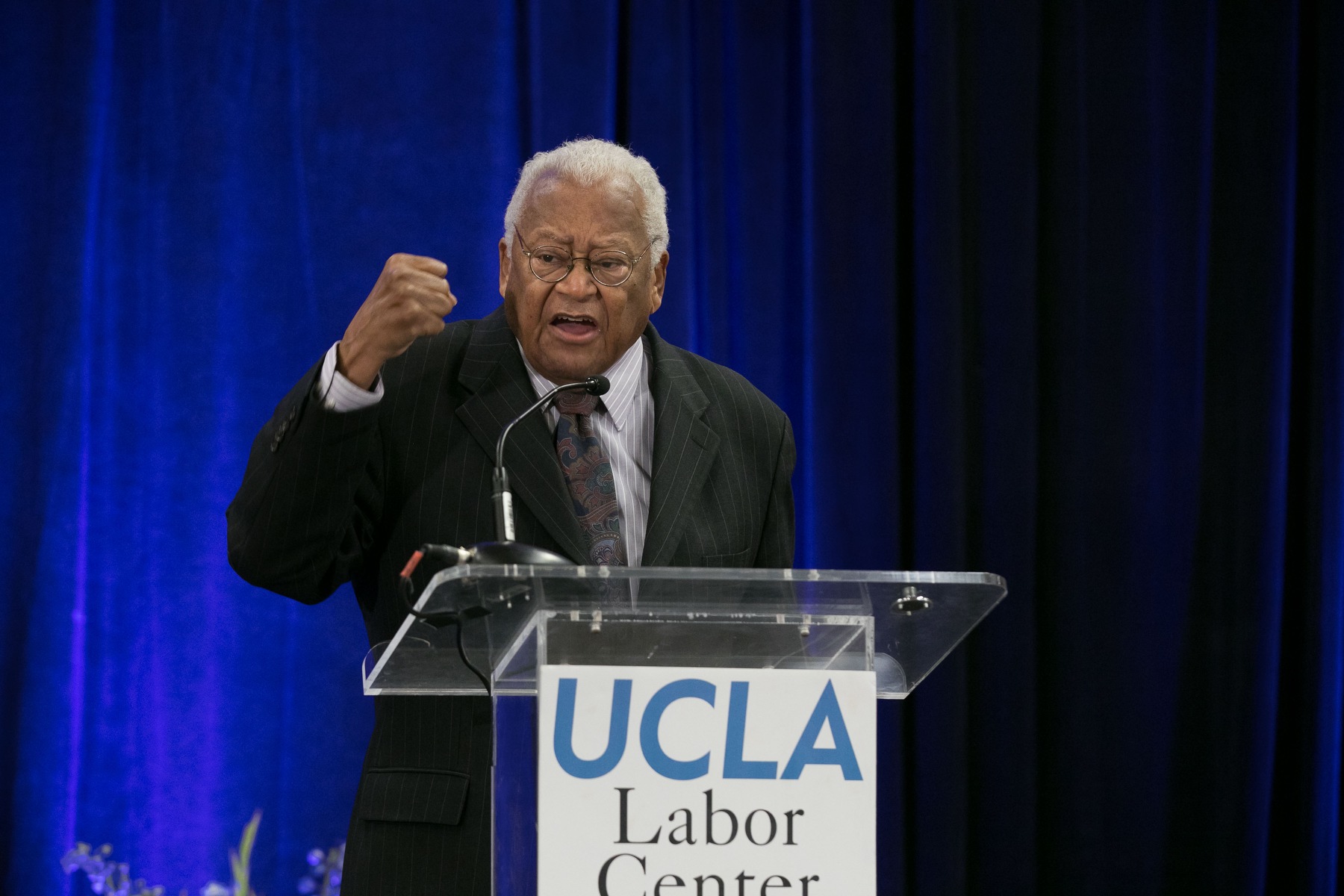 Join us to celebrate the 60-year legacy of non-violence and activism by Reverend James Lawson Jr. with the conferral of the UCLA Medal by Chancellor Gene Block.

Rev. Lawson Jr. is known for his work in the civil rights movement along with his close friend and colleague, Martin Luther King Jr. He helped lead the Memphis Sanitation Workers’ Strike and the Nashville sit-in movement and introduced the philosophy of nonviolent activism to many civil rights leaders.

In Los Angeles, Rev. Lawson Jr. was very involved in social justice movements. He became the founder of CLUE, Clergy and Laity United for Economic Justice, that brought together clergy and lay leaders with laborers, low-income families, and immigrants to fight for a just economy. His efforts influenced many religious leaders to involve themselves in social and economic activism throughout Los Angeles. The conferral of the UCLA Medal to Rev. Lawson Jr. is to celebrate his contributions to non-violence and social change.

UCLA Institute for Research on Labor and Employment