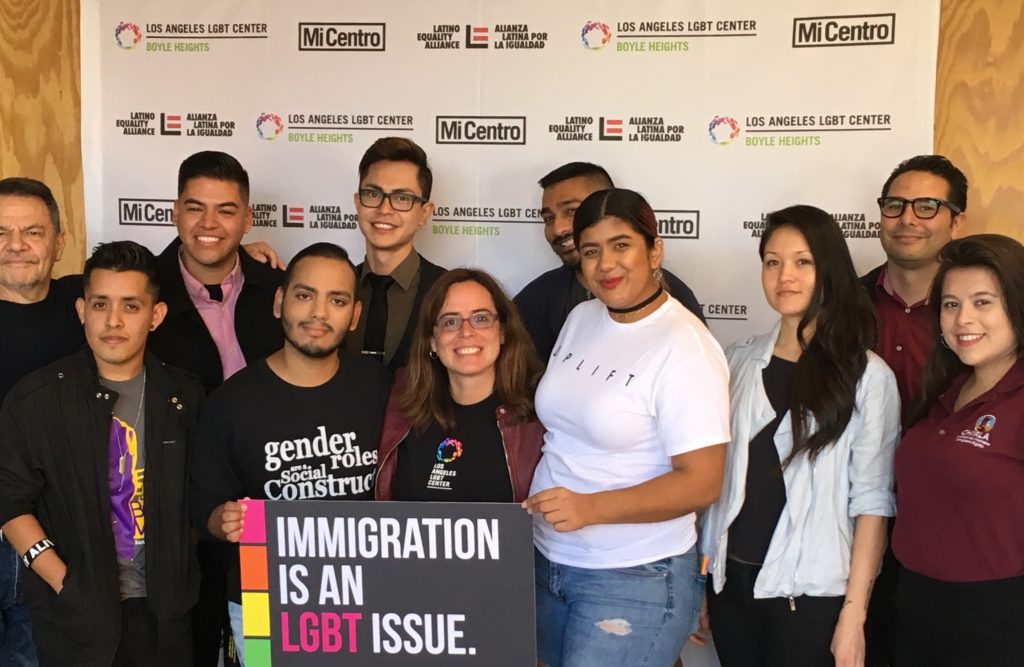 Today several local organization joined forces to support for LGBTQ immigrant youth under the Deferred Action for Childhood Arrivals (DACA) program. During a press conference at Mi Centro, organizations demanded Congress to pass the DREAM Act. This proposed legislation would prevent immigrant youth and LGBTQ undocumented young people from being deported to countries where their lives may be endangered due to homophobia and transphobia.

According to the Williams Institute at the University of California Los Angeles, there are more than
75,000 undocumented immigrants who identify as LGBTQ—with nearly half of them actively participating in the now phaseout DACA program. While a large percentage of LGBTQ undocumented youth (28%) live in California, the DREAM Act of 2017 must be passed protect all LGBTQ youth living throughout the country.

“In this critical moment in time, it is essential for LGBTQ leaders and community members to come out in support and organize for the passage of the federal DREAM Act,” said Dream Resource Center Interim Director Diego Sepulveda. “Undocumented youth have led national campaigns to fight the detention and deportation of our immigrant communities, and without a permanent solution, they will live under the constant fear of being separated from their families, friends, and colleagues. We must stand together to do what is right and just. We must pass the DREAM Act.”