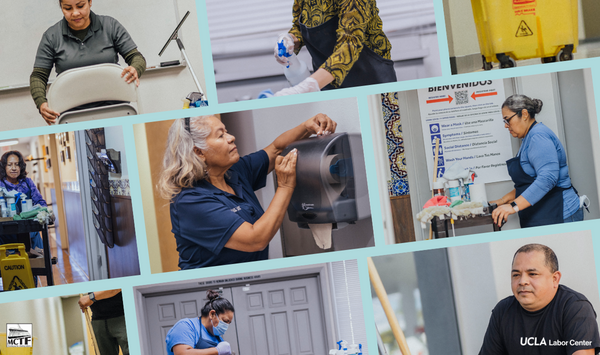 A new brief released by the UCLA Labor Center and the Maintenance Cooperation Trust Fund (MCTF) provides a profile of private sector janitorial workers in California—who they are, their employment conditions, and the economic vulnerabilities they face due to their low wages, employment status, and gender. The report also uses information collected by the MCTF to expand on the experiences of subcontracted janitors in California.

Among other findings, “Profile of Janitorial Workers in California” finds that across almost all measures of job quality and economic well-being, private sector female janitors are significantly worse off than their male counterparts. Private sector female janitors have lower median wages ($12.21 per hour vs. $14.08 per hour for male janitors) and experience higher rates of poverty (45%). They are also more likely to be CalFresh or Medi-Cal beneficiaries and are less likely to have employment-based health insurance than their male counterparts. 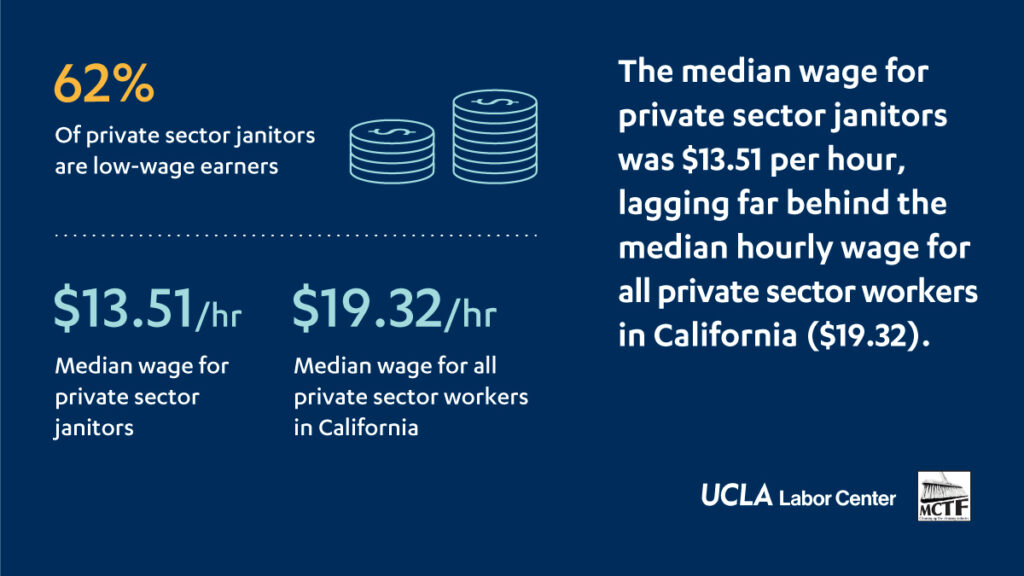 The brief also analyzes the impact of subcontracting, a widespread practice in the janitorial industry. Nearly 2 in 5 (37%) of private sector janitors working for subcontractors. This contributes to the high rates of regulatory violations that undermine janitors’ employment conditions, such as misclassification, wage theft, tax fraud, gender discrimination, and sexual harassment and assault. Older immigrants, people of color, and women, who primarily staff the private sector janitorial industry, disproportionately bear the impact of these violations.

The report was authored by Lucero Herrera of the UCLA Labor Center and Paul Hayes, Guadalupe Palma, and Yardenna Aaron of the MCTF. 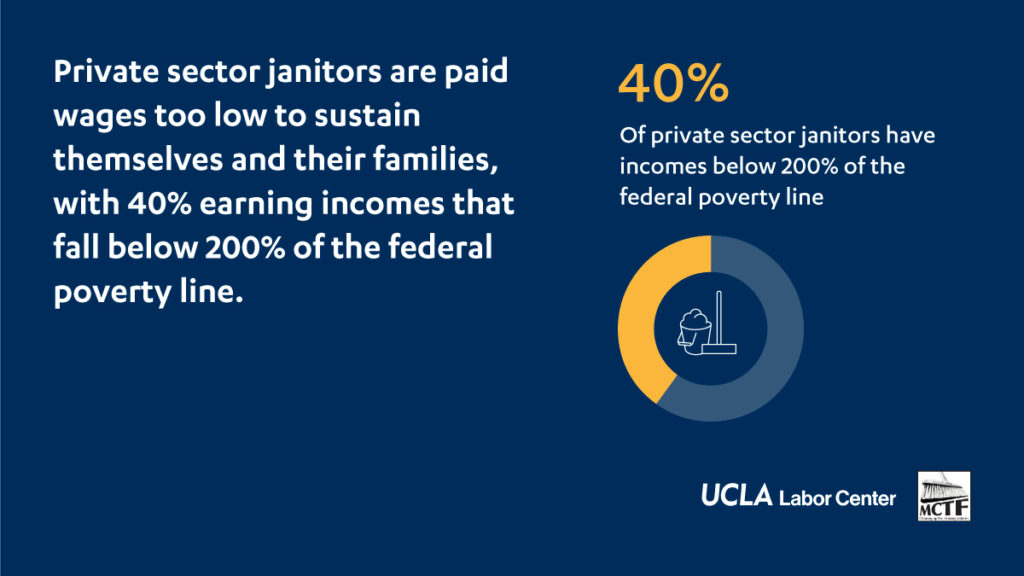