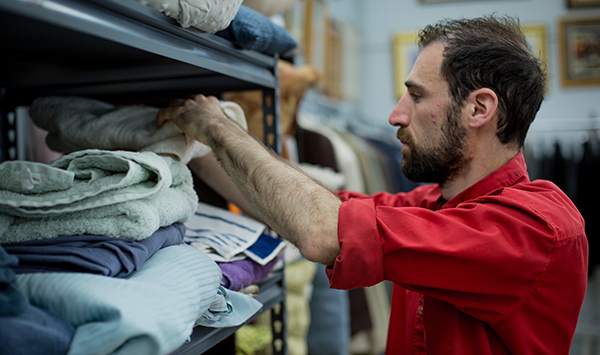 A new UCLA study finds that 8 in 10 workers in the Los Angeles retail sector lack a set work schedule — their work days, shift times, and number of hours can vary drastically each week. Hour Crisis: Unstable Schedules in the Los Angeles Retail Sector is the first comprehensive study conducted in Los Angeles that details the adverse impacts of unpredictable scheduling on the city’s 140,000+ retail workers. Notably, retail is the second largest employment sector in Los Angeles County, after the healthcare industry. 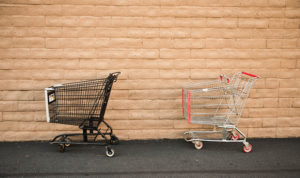 According to the report, 77% of retail workers receive a week or less notice of their schedules, and the majority face last-minute scheduling changes, including cancellation, after their hours have been posted. “I’ve checked my schedule Sunday morning, and have seen I’m working later in the week. When I check again that evening, I find out I’m now working the next day. I can’t plan anything,” said Noemi Castro, a local retail worker. “If I have a conflict and say I can’t work, my manager threatens to not give me enough hours after that.”

Though part-time work and nonstandard hours are common in the retail industry, the report finds that half of retail workers desire more hours, with the majority wanting 40 hours or more each week to make ends meet. “Even when retails workers are available to work, they often don’t get enough hours because stores hire new workers to fill those shifts,” said Nelson Motto, director of the Fair Workweek campaign at the Los Angeles Alliance for a New Economy (LAANE), an advocacy organization dedicated to building a new economy.

The study finds that an unreliable schedule essentially translates to unstable income. 1 in 2 workers are late paying bills. Insufficient hours and unreasonable scheduling lead retail workers to strain to meet their basic needs. 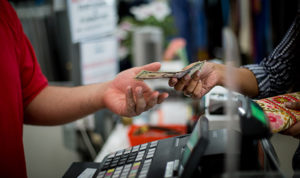 “Almost half of retail workers supporting children struggle with childcare because of their fluctuating hours and income. And too often students are forced to choose between school and their need to earn a living,” said Janna Shadduck-Hernández report co-author and Project Director at the UCLA Labor Center. “Big corporations are forcing caretakers, parents, and students to scramble to meet last-minute, unreliable work hours, and this harms our communities and slows down the economy.”

The report notes that recent local and statewide strengthening of workers’ rights protections, such as the minimum wage increase and paid sick time, are rendered irrelevant for many retail workers due to their unstable work schedules. Report authors recommend developing better scheduling standards and work hour policies; partnerships between workers, employers, and policymakers to reimagine scheduling; and using technologies to support fair hours. They also emphasize the necessity of work-life balance, policy enforcement, and expanding research on scheduling practices.

The report is based on surveys with over 800 Los Angeles retail workers, conducted between December 2016 and June 2017, as well as government data and existing policy and academic literature. It was written in collaboration with the Los Angeles Alliance for a New Economy (LAANE). 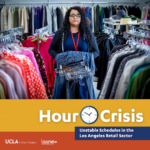 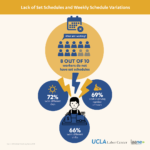 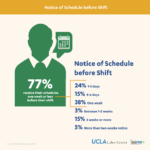 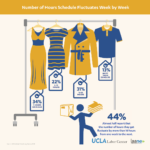 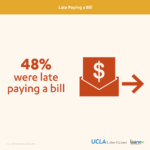 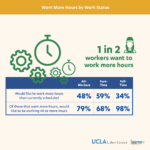 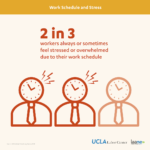