Workforce development refers to the process of creating, sustaining, and retaining a skilled workforce through customized, people-centered, and industry-driven initiatives for education, human services support, career advancement, employer engagement, and community connection — particularly for those directly impacted by inequities.

Webinar co-host Najeeba Syeed, Network Director of the Los Angeles Worker Center Network, initiated the conversation with a description of the range of activities workers centers engage in. Some of these activities include providing workers with legal representation, education, health clinic access, and leadership development, as well as driving industry research and policy change.

“We want to mainstream the conversation around low-wage industries,” Syeed said. “What we believe most of all is important is developing the longevity of workers’ agency in their own destiny.”

Dr. Ana Luz Gonzalez-Vasquez and Magaly López, who lead the UCLA Labor Center’s POWER in Workforce Development team, presented their findings from the 2022 brief “New Directions in Racial and Economic Justice: How California’s Worker Centers Are Bringing Worker Power into Workforce Development.” The research offers an up-to-date snapshot of California’s worker centers and explores the intersection between workforce development and worker centers.

“The brief that we wrote focuses on worker centers, the work that they do, and how it really works toward the same goals that the workforce development field is prioritizing, like providing training opportunities to underserved communities, improving industry standards, and so on,” López said. “We know that the workforce development system doesn’t always reach the folks that can make the most use of their resources, so in this brief we attempt to lift up the value of the worker center approach as we work toward creating opportunities for economic prosperity for everyone in California.”

Kevin Lee, brief co-author and a Ph.D. candidate in MIT’s Department of Urban Studies and Planning, led a discussion with the worker center leaders on how they cultivate community, work within coalitions, and ensure that the needs of the most marginalized workers are met.

“We meet workers where they’re at,” said Rodriguez of CLEAN. “A worker might come in because maybe something happened where they didn’t get paid, or they’re having issues accessing their wages, but I think once that conversation and involvement happens, as a worker center we get to have a very holistic approach in getting to know the worker and those needs.”

Bailey echoed Rodriguez, adding that she believes the tide that lifts the rights of Black workers will lift many others, and that workforce development funding should reflect this.

“You’ve got to put the workers first,” said Bailey. “Low-wage workers, immigrant workers, Black workers — we are not recipients of services. We are leaders in our industries.”

Shifting the narrative of inequality that surrounds low-wage industries is critical to advancing the leadership of workers, Syeed said.

“It’s ‘low-wage worker, but high-skilled worker.’ I think we need to begin to put those together. ‘Low-wage worker’ does not mean ‘low-skilled worker.’ In fact, that is a policy issue because people are paid low wages but are extremely adept at their jobs,” said Syeed. “Workers in low-wage industries are actually the drivers of economics in Los Angeles.”

Read the 2022 brief by the POWER in Workforce Development team. 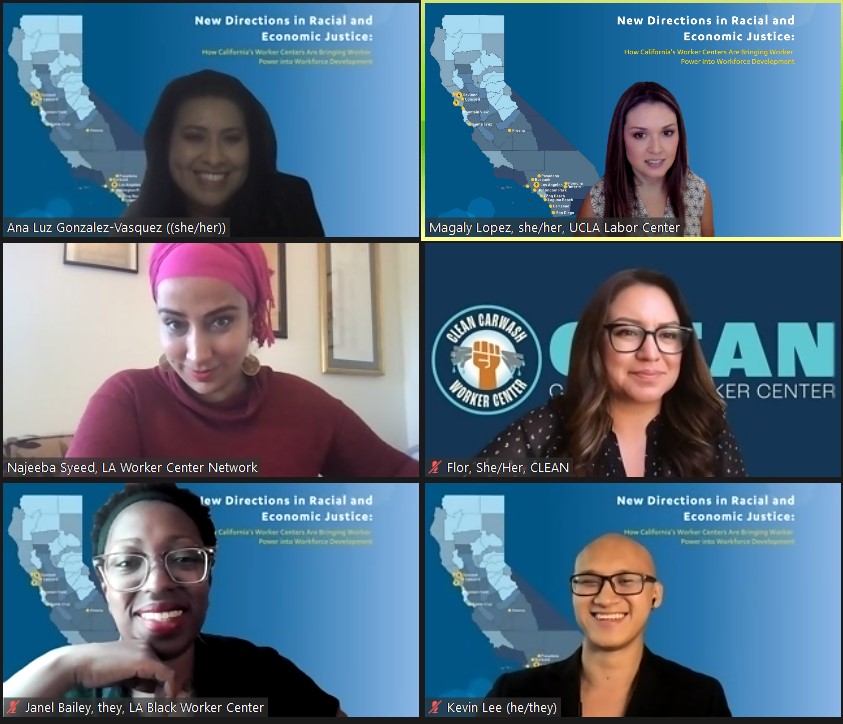