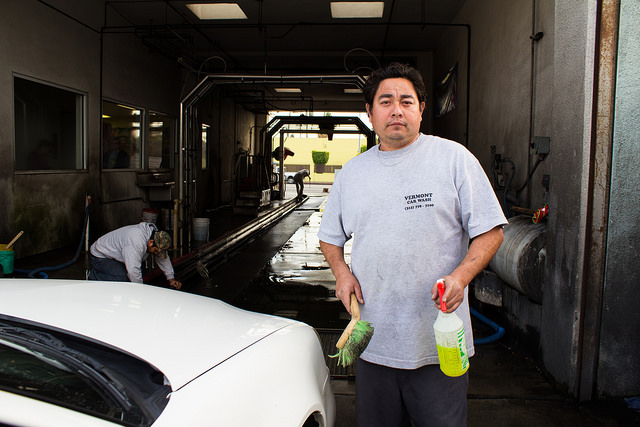 This report exposes a world of work in which the core protections that many Americans take for granted—the right to be paid at least the minimum wage, the right to be paid for overtime hours, the right to take meal breaks, access to workers’ compensation when injured, and the right to advocate for better working conditions—are failing significant numbers of workers. The sheer breadth of the problem, spanning key industries in the economy, as well as its profound impact on workers, entailing significant economic hardship, demands urgent attention.

In 2008, we conducted a landmark survey of 4,387 workers in low-wage industries in the three largest U.S. cities—Chicago, Los Angeles, and New York City. We used an innovative, rigorous methodology that allowed us to reach vulnerable workers who are often missed in standard surveys, such as unauthorized immigrants and those paid in cash. Our goal was to obtain accurate and statistically representative estimates of the prevalence of workplace violations. All findings are adjusted to be representative of front-line workers (i.e. excluding managers, professional or technical workers) in low- wage industries in the three cities—a population of about 1.64 million workers, or 15 percent of the combined workforce of Chicago, Los Angeles and New York.