Building a Culture of Cross-Border Solidarity 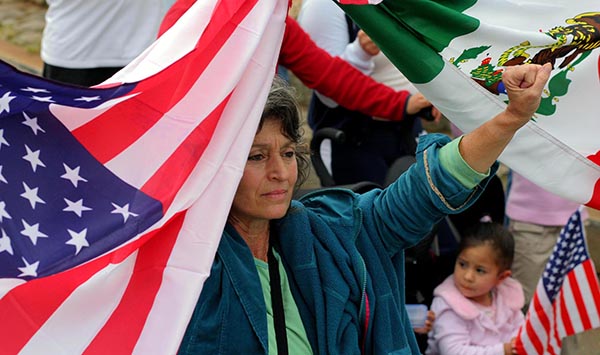 In the period since the North American Free Trade Agreement has come into effect, the economies of the United States and Mexico have become more integrated than ever. Through Plan Merida and partnerships on security, the military and the drug war, the political and economic policies pursued by the U.S. and Mexican governments are more coordinated than they’ve ever been.

Working people on both sides of the border are not only affected by this integration. Workers and their unions in many ways are its object. These policies seek to maximize profits and push wages and benefits to the bottom, manage the flow of people displaced as a result, roll back rights and social benefits achieved over decades, and weaken working class movements in both countries.

All this makes cooperation and solidarity across the U.S./Mexico border more important than ever. After a quarter century in which the development of solidarity relationships was interrupted during the cold war, unions and workers are once again searching out their counterparts and finding effective and appropriate ways to support each other.

This paper is not a survey of all the efforts that have taken place, especially since the NAFTA debate restarted the solidarity process in the early 1990s. Instead, it seeks to set out some questions, and invite responses and contributions from people involved in this cross border movement. Among these questions are the following: