Helping LA Grow Together: Why the Community Redevelopment Agency Should Adopt the Construction Careers Policy 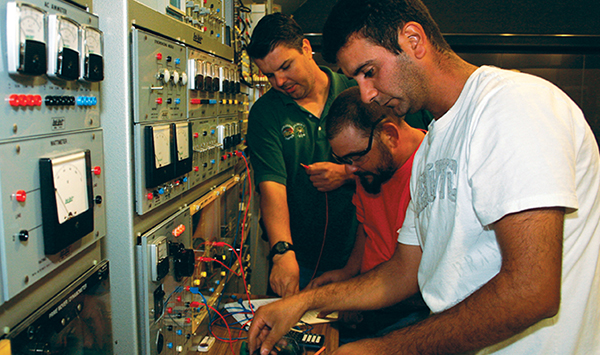 The Los Angeles region—and the City of LA, in particular—face unacceptable levels of poverty, a situation that has severe impacts on the neighborhoods that the LA Community Redevelopment Agency (CRA) is aiming to help.

Charged with revitalizing poor and blighted communities in the City of LA, the CRA is the largest redevelopment agency in the country. In recent years, the agency has put in place policies—such as a living wage requirement—to ensure that its developments benefit those the agency is intended to serve. In pursuit of this goal, the agency is currently considering a policy that would ensure that LA City residents—including those with barriers to employment—have access to construction jobs on agency projects.

The construction industry is a sensible place for the CRA to focus its energies. The industry has seen tremendous growth in the past ten years. In spite of the recent sub- prime lending crisis, analysts predict tens of thousands of new job openings in the next ten years.

As proposed, the Construction Careers and Project Stabilization Policy would cover an estimated 15,000 jobs in more than $170 million worth of projects over the next five years.1 Of those, 5,000 would be reserved for residents in high unemployment neighborhoods in Los Angeles. Of the 15,000, 10 percent (or 1,500) would go to “at-risk” or hard-to-employ members of the workforce. In addition, the policy would include a Project Labor Agreement, requiring projects that received a threshold level of subsidy to work with the building trades.

The policy also builds on the Mayor’s Faith-Based Initiative, a program to recruit South LA residents into the building trades. In the space of one year, that program successfully placed 796 South LA residents in sixteen different construction trades working on projects that are covered by Project Labor Agreements.

Guaranteeing the Effectiveness of the Local Hire Program

A Project Labor Agreement would guarantee the quality of the jobs created by CRA projects. Unionized construction workers have access to full family health benefits and career path jobs. Upon completing apprenticeship programs, most unionized construction workers earn between $35,000 and $70,000 a year2, enough to allow them to enter the middle class. But a review of the literature on construction apprenticeship programs suggests the PLA-component of the policy is crucial to ensuring that LA City residents and hard-to-employ workers have access to career-path jobs. That is because apprenticeship programs run by trade unions have greater capacity to absorb and train new recruits, recruit a more diverse workforce, and produce higher completion rates than programs that are not run by the building trades unions. In addition, in a dangerous industry that has high injury and fatality rates, the construction trade unions have rigorous training and monitoring programs. The additional safety training and worksite monitoring is especially important to the vulnerable workers targeted by this policy who may be more easily exploited by unscrupulous contractors. While Project Labor Agreements do present costs—associated with better benefit packages and more rigorous training— employers on CRA projects benefit from having access to a well-trained workforce and ongoing training and monitoring of projects.

Guaranteeing a Return on Public Investment

The increased earnings for those who would benefit from the Construction Careers Policy would support economic development in those communities that the CRA is trying to revitalize, and therefore represents a smart investment of public resources. An unemployed person entering the sheet metal trade, for example, would see his or her spending on retail goods increase from less than $2,000 per year to almost $35,000 per year by the time they graduate from the five year program. Household spending on education, charitable contributions and housing for this worker would increase just as dramatically. These changing spending patterns would contribute to the CRA’s goal of strengthening neglected communities.