Integrated Organizing Approach as a Tool in the Fight for Workers Rights: The Case of Sara Lee Workers 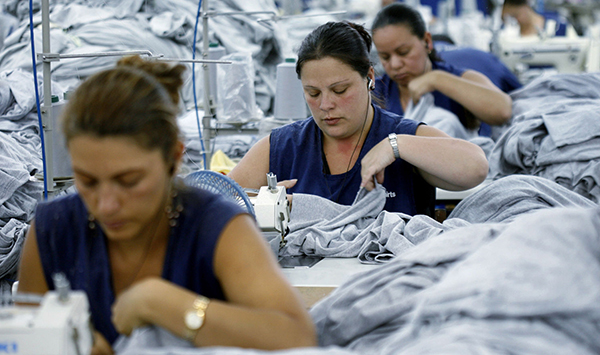 The Integrated Organizing Approach (IOA) is an organizing method for low-wage workers engaged in struggles against multinational corporations. Implementation of this method has been a critical tool for organizing low-wage workers in unregulated industries, building alliances and relationships among community organizations nationally and internationally, and strengthening and enhancing campaigns. The case presented in this study demonstrates how the IOA can be a substantial asset for an organization in the design and execution of successful campaign strategies.

This report outlines the context in which labor violations occurred, describes maquiladora (foreign-owned manufacturing plant) workers’ claims against the Sara Lee Corporation, and explains how the IOA emerged from a need to organize at the local level in the face of a multinational employer. The case study underscores various components of the Integrated Organizing Approach at a time when the maquila industry in Mexico was in decline, highlights organizing tools and points to how the IOA could be applied to other cases, and shows that the IOA can have an impact beyond addressing immediate claims for better working conditions. In sum, organizing with the IOA resulted in workers who learned about their labor rights and strengthened ties at the national and international levels among organizations fighting to defend low-wage workers. To give an idea of organizers’ role in the case, below is a brief history of two key organizations in the struggle, Enlace and Servicio, Desarrollo, y Paz A.C (SEDEPAC).