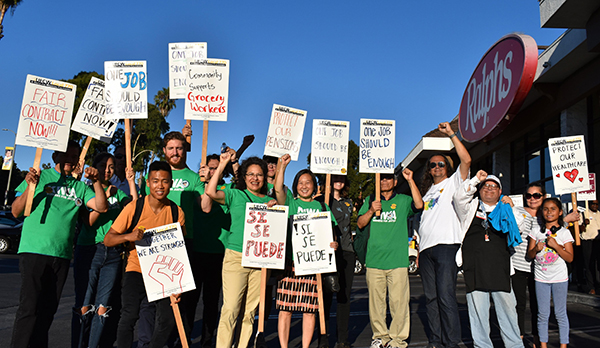 According to new data compiled by the UCLA Labor Center, The Center for Popular Democracy, and the Partnership for Working Families, PAGA claims involved serious wrongdoing by massive employers.

While few Californians know what PAGA is, the heroic labor law enacted in 2003 is workers’ best chance to defend their labor rights including being paid minimum wage and overtime compensation, using earned sick leave, taking rest and meal breaks, and gender pay parity. The law allows an individual worker to file a civil lawsuit in the name of the state and all their coworkers, to recover penalties for violations of the Labor Code. Although the model of empowering whistleblowers is widely used to fight fraud against the government, PAGA is a one-of-kind law in the country in terms of enforcing workplace protections.

Corporate interests have tried to weaken and even repeal PAGA by making claims not grounded in facts. The real story is that major companies engage in real wrongdoing.

Read the report to find out more, including stories about working Californians across industries, here.