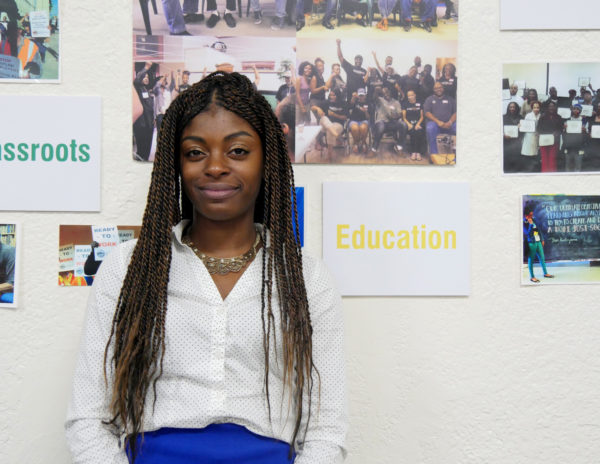 A new report, Ready to Work, Uprooting Injustice: Black Workers in Los Angeles County, finds that widening inequality, rising housing costs, and a lack of economic opportunities has led to a Black Jobs Crisis in need of urgent and comprehensive solutions for Los Angeles.

While the Black community was once a thriving part of L.A.’s landscape and remains integral to the county’s cultural and economic life, it has long been in critical decline. Manufacturing industries that once employed a large share of Black workers moved offshore, depleting the number of stable and available union jobs. The jobs that remained declined in quality, and as Black unemployment increased, these communities-especially their men-were increasingly criminalized and incarcerated. Despite the enactment of anti-discrimination laws, racist hiring practices demonstrably continue to limit Black employment. As a result of a lack of economic opportunities, widening inequality, and rising housing costs, the Black community in Los Angeles is experiencing a jobs crisis.

The report indicates that economic and social hardship is pushing the Black community out of Los Angeles County. Black people in Los Angeles are significantly more educated than previous generations, yet experience a lower labor participation rate and a significantly higher unemployment rate than white workers.

The study calls for a stabilization of Black families and communities through the creation of well-paying, quality accessible jobs. Among other solutions, report authors recommend the unionization of Black workers, an expansion of hiring benchmarks that include underrepresented workers, and an institutionalization of partnerships with credible community organizations to implement targeted outreach, recruitment, and retention programs. Through an analysis of current and historical census data, a comprehensive literature review, and the collection of worker’s stories and case studies, the report looks at the experience of the Black community in Los Angeles through a labor and employment lens. It details how the lack of access to quality jobs is adversely impacting the community and draws a portrait of the challenges that Black workers in Los Angeles face.

This report was written in collaboration with the Los Angeles Black Worker Center and the UCLA Institute for Research on Labor and Employment (IRLE).