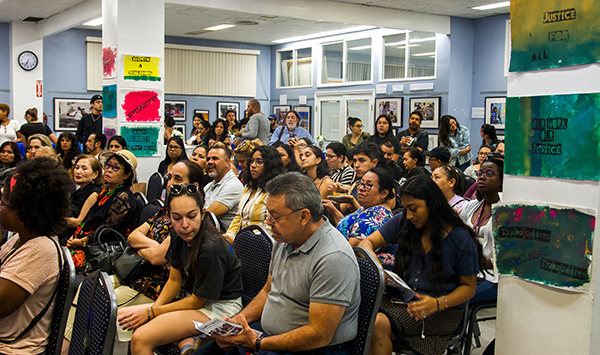 In late 2019, the UCLA Labor Center premiered Working Families in Focus, the first photography and film exhibit directed by Los Angeles artists of color to capture the lives of janitors, garment and domestic workers, and their children at their unions or worker centers. (See highlights from the premiere in our UCLA Labor Center Instagram Story Highlights.)

The exhibit was curated by Wil Prada, UCLA alum, filmmaker, and photographer. We had a conversation with Wil to learn more about his life and what inspires his pursuit for social justice through multimedia.

What led you to your passion for film and social justice? 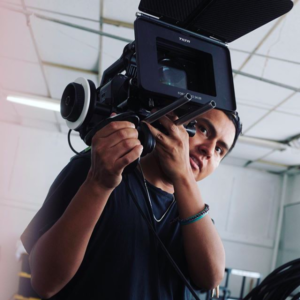 I started making films through my involvement in the immigrant rights movement. As an undocumented youth, I organized with Dream Team Los Angeles as part of their media team. In 2012, we organized a legal clinic to help folks apply for DACA. About 800 people showed up, and a lot of them were undocumented youth who had just come out of the shadows and had been afraid to be vocal or put their story out there. So this was the first thing that I documented with the intention of sharing with the world — our stories, our voices through media.

Members of the media team gave me access to a camera and editing software and showed me how to edit. I created a 3-minute video with youth interviews. It was really fun documenting, editing, and getting to know the youth that came out. Ever since then, I have kept making films, usually with other undocumented folks, including documentaries but also fictional comedies and satires that reflect our lives and share our perspectives as immigrants.

What was the purpose of the Working Families in Focus premiere?

We wanted to draw awareness to the Parent Worker Project, and create a space where immigrant working families could see themselves on the big screen and see that their efforts were valuable and that there were beautiful stories in their efforts that were worth telling.

I wanted to share the documentary I directed, Sewing Resilience, which features a garment worker and her kids who had been involved in the program.

What was your inspiration for Sewing Resilience?

It reflects a lot of the stories of people in my family and hits very close to home. My dad at one point had three jobs: he was a dishwasher, he would deliver newspapers, and he worked at the Pizza Hut. Growing up, mom worked at the Jack in the Box and also did house cleaning. 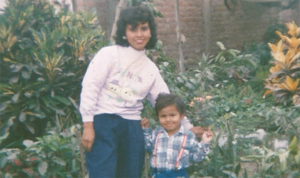 I see a lot of the parents in the Parent Worker Project like I see my mom. They are all immigrants that got to the States not too long ago and they’re trying to adapt. They’ve been displaced through free trade agreements and through the wars in Central America.

Making this film was an opportunity to uplift and amplify their voices, the issues they’re going through, and what’s important to them. It also dispels myths such as these parents don’t care about their children’s education and that’s why they don’t go to school meetings. The truth is that they’re working long hours, which makes it hard for them to go to parent meetings.

Another one of your films was a part of the Working Families in Focus premiere. What was the motivation for the film Un Nuevo Sol?

Instead we wanted to show that we are people with a lot of different interests and a full spectrum of experiences. We have joy — not just pain — and we have curiosity, and we can be interested in science and also wonder about the universe and the future of humanity. Showing us in that light, for me personally as an artist, is something that I want to continue pursuing, especially through science fiction.

Why was it important that you told these stories specifically through the mediums of film and photography?

The mainstream media is created by folks who are disconnected from marginalized communities, so we don’t see the raw perspectives from immigrant communities very often. In contrast, I am an immigrant myself, as are the rest of the people on my creative team. As a videographer and filmmaker who has been working in the labor and immigrant rights world, Working Families in Focus was a unique opportunity to assemble a team of immigrant artists to  share in-depth stories about immigrants. 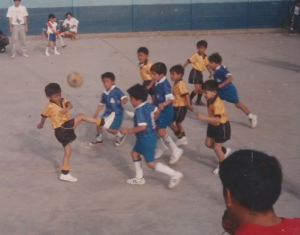 What are your other hobbies?

One of my longest passions in life has been soccer. I’ve been playing my whole life and currently play in a league in the valley.

Do you have any secret talents?

I can do a bunch of tricks with a soccer ball.

If you had to choose one place to travel and film, what would it be? 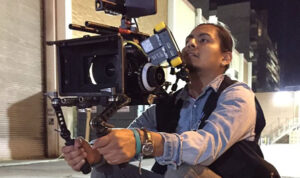 What would your younger self think of the work you’re doing now?

I think he would be proud that I’m able to do what I love and sustain myself doing that.