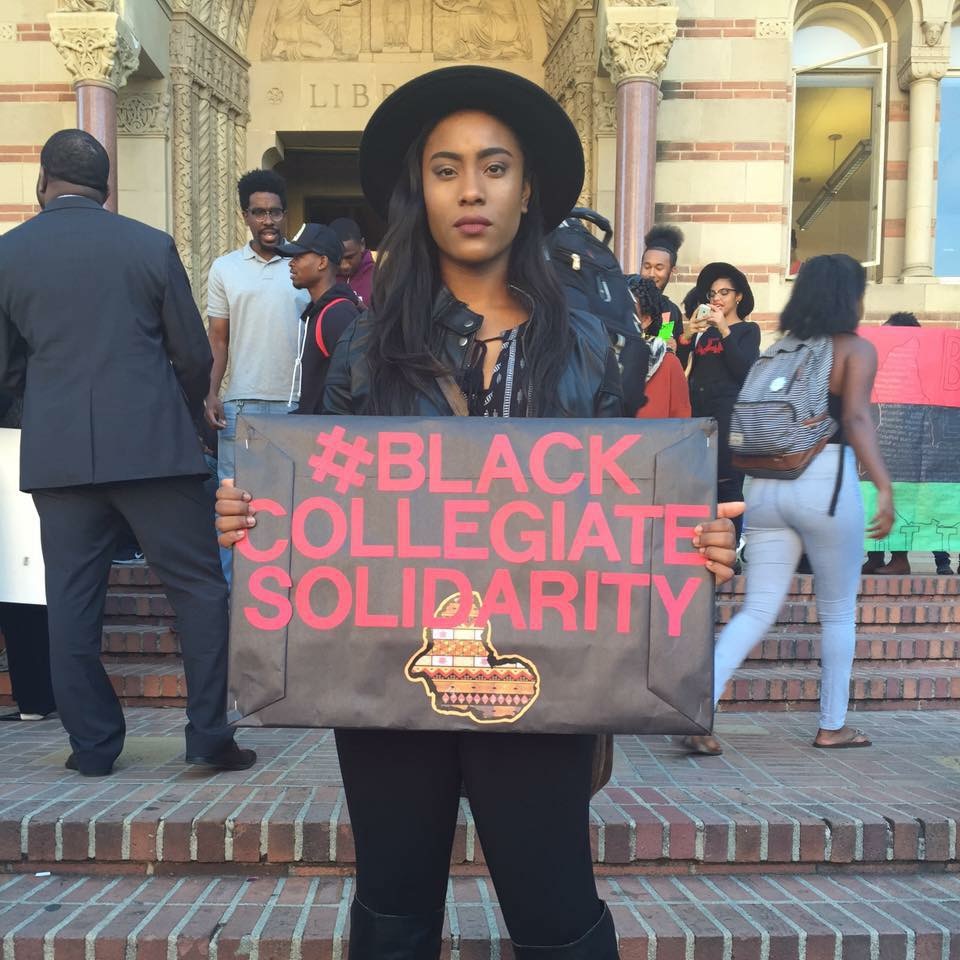 Denea at a rally on UCLA campus to stand in solidarity with the students who were protesting racial tensions at University of Missouri. November 12, 2015. Courtesy of Denea Joseph.

U.S. Senator Kamala Harris announced that Denea Joseph, a Deferred Action for Childhood Arrivals (DACA) recipient from South Central, Los Angeles, will be her guest to the 2018 State of the Union Address (SOTU).

Denea who identifies as an undocumented black woman, migrated from Belize to the U.S. at the age of seven on a tourist visa to reunite with her grandmother. After her visa expired, Denea became undocumented and soon found herself having obstacles accessing applying to colleges. In the state of California, there are more immigrant youth than any other state in the nation, over 200,000 of the nation’s approximately 800,000.

“I would think we would take a far more active role in bringing attention to these issues and utilizing any said platforms to make sure that the intersectionalities of these two communities are known. So I think that’s been my experience on campus with the black community when it comes time to undocumented issues specifically.” Deane said on an interview for Undocumented Stories exhibit.

A UCLA alumnus, Denea advocated for the creation of an immigration attorney position at UCLA, in addition to increased and sustainable financial aid for undocumented youth across the University of California System. She developed a social justice blueprint to address undocumented access to and retention in institutions of higher learning. Joseph is also a vocal proponent of educational equity and has worked on campaigns such as Fund the UC, IGNITE, and Prop 13 reform to address issues of affordability and accessibility to higher education. She’s currently a Communications Coordinator at the UndocuBlack Network, an advocacy organization that serves black, undocumented immigrants. Denea was featured on our Undocumented Stories Multimedia Exhibit.