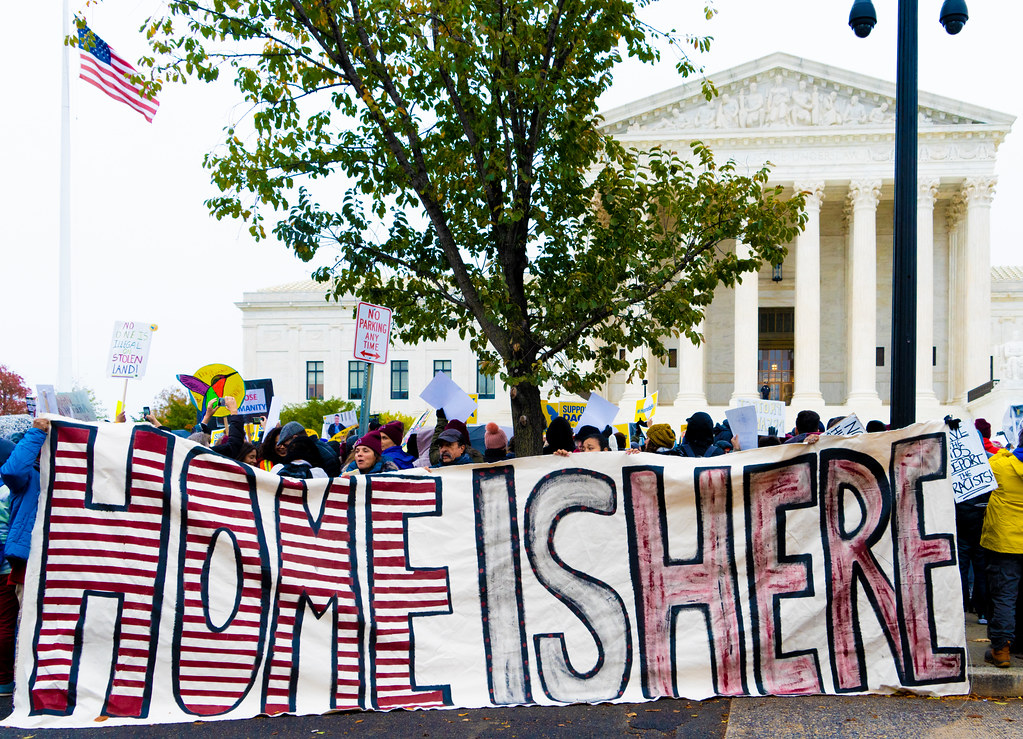 Join us for a free film screening of Waking Dream and a follow-up panel discussion with the film’s participants!

Waking Dream is a documentary that weaves together the stories of six DACA recipients as they sit in limbo between deportation and a path to citizenship.

After DACA was rescinded, Waking Dream follows the unfolding fate of six of these young people as they fight for legal status in the U.S., struggle with the deportation of family members, and pursue their dreams.

Street parking will be available outside of the UCLA Downtown Labor Center. Metered parking is free after 6 PM. We encourage you to take public transportation if possible to avoid parking issues.

Light refreshments and food will be provided. If you need translation available, please let us know in advance. 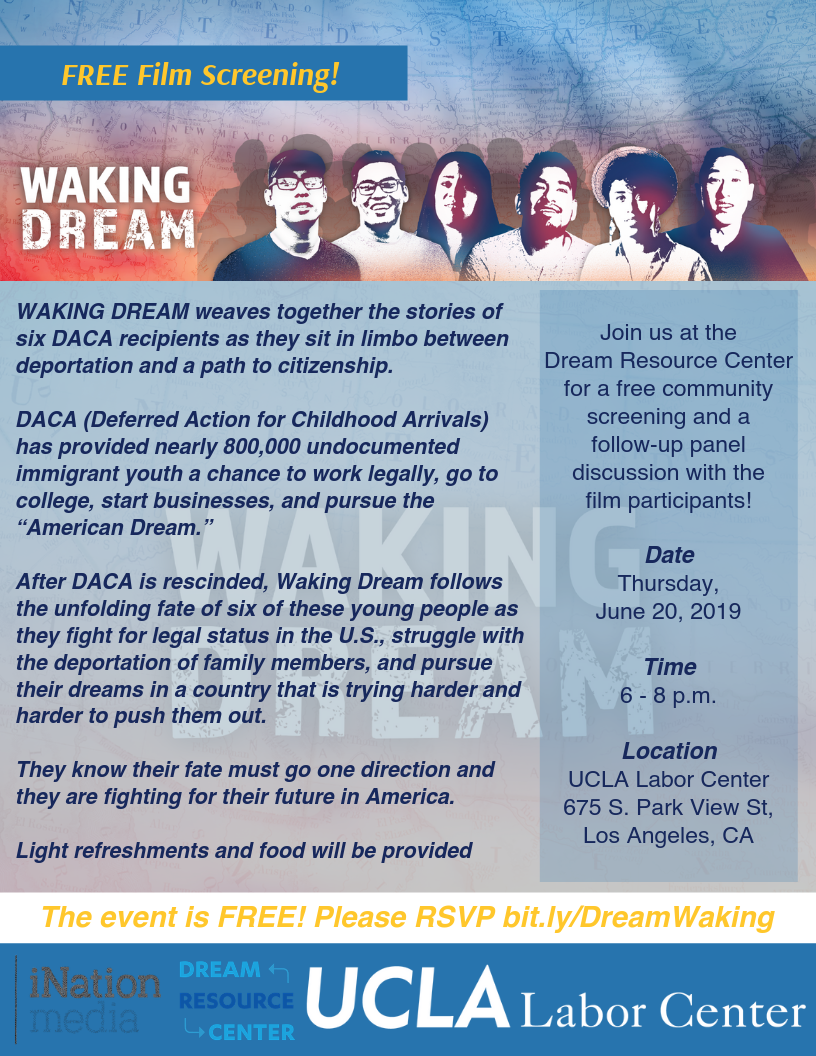 Filed under: by Silvia Vazquez
No Comments »