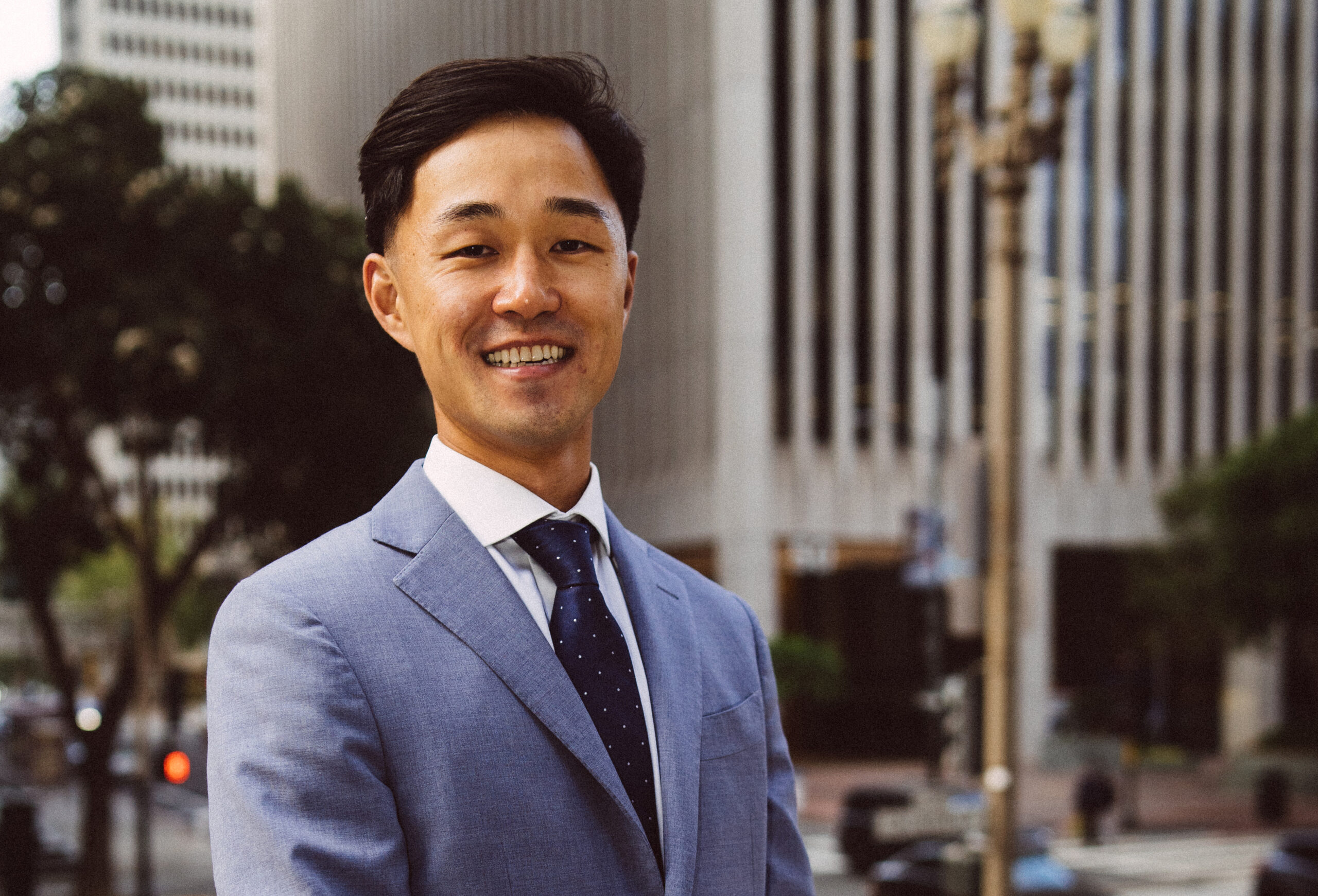 The UCLA Dream Resource Center (DRC), at the UCLA Labor Center, welcomes immigrant rights activist Ju Hong as the new DRC Director. With over a decade of experience in the immigrant rights movement and a commitment to justice, Ju Hong has a wealth of knowledge that will strengthen the DRC’s mission to empower immigrant youth and allies to be at the forefront of social justice movements.

As an alum of the DRC’s Dream Summer fellowship, Ju is happy to return to his roots at the DRC. “I was privileged to be part of the first cohort of Dream Summer fellows in 2011. Since then, I have been actively involved in the immigrant rights movement, organizing the community and advocating for immigrant rights issues. I am honored to return to the UCLA Dream Resource Center and serve as the new Director. I look forward to training and supporting the next generation of immigrant youth leaders across the country,” Ju said.

In 2013, Ju challenged former President Obama on his administration’s record number of deportations during a presidential speech at the Betty Ong Center in San Francisco, California. His courageous action appeared on national and international media, including the New York Times, Washington Post, CNN, and BBC News. Ju also contributed and published immigration articles on the Huffington Post, Korea Times, and Politico.

Ju often shares his immigrant story at conferences and universities to educate and inspire people to take action on immigration issues. The 2016 documentary Halmoni uplifts Ju’s experience as an undocumented immigrant from South Korea and his bold advocacy in the pursuit of justice for immigrants. From 2016 to 2019, Ju served as the Governmental Program Analyst at the Immigration and Refugee Branch of the California Department of Social Services, where he oversaw a $45 million immigration services budget that funds over 100 community-based organizations to provide legal services and education to immigrant communities throughout California.

Ju currently serves as a board chair of the National Korean American Service & Education Consortium (NAKASEC), a nonprofit that organizes Korean and Asian Americans for social, economic, and racial justice. He is also a member of the Leadership Council of Immigrants Rising, an organization that provides resources and support to undocumented people so that they are able to build a brighter future for themselves and their communities. Ju also brings awareness to the unique stories of Asian undocumented individuals living in the United States through his podcast the ImmigrAsians.

With a strong background in the immigrant rights movement and an unwavering dedication to justice, Ju is an incredible asset to the UCLA Dream Resource Center. Ju is a leader who values teamwork and applauds the giants of justice who have led the DRC before him. “I am grateful for what my predecessor Anthony Ng has accomplished for the UCLA Dream Resource Center. I have big shoes to fill, but I am excited to work with our incredible team – George, Silvia, Kandice, Gaby, Jessica, and Salinas. I look forward to strengthening our staffing and programs, increasing our capacity to support immigrant youth further, and playing a critical role in the immigrant rights movement,” Ju said.

Filed under: Blog, featured, news by Silvia Vazquez
No Comments »

Students at University of California Los Angeles (UCLA) will host a forum, Immigration Forum: Students Speak Out!  to discuss recent policy developments, share personal narratives, and present recommendations as to how to how to support the immigrant in the months ahead. The Forum will be hosted on Monday, March 5th, the date the Trump administration had set a deadline for Congress to enact policy that would impact thousands of Deferred Action for Childhood Arrivals (DACA).

Join students and guest speakers for a conversation on immigration. Some of the topics that will be discussed are: common misconceptions regarding undocumented migration, contextualize DACA in a broader conversation on the factors that contribute to migration, and students will have opportunities to discuss the effects of recent legislative and policy issues, and make policy recommendations on how to best support the undocumented community. A student-led Resource Fair will also take place after the forum from 6:30pm-7:30pm.

The forum is being coordinated under the guidance of Ignacia Rodriguez, immigration attorney and policy advocate at the National Immigration Law Center (NILC), and in collaboration with the UCLA Institute for Research on Labor and Employment (IRLE) department and the Dream Resource Center (DRC). 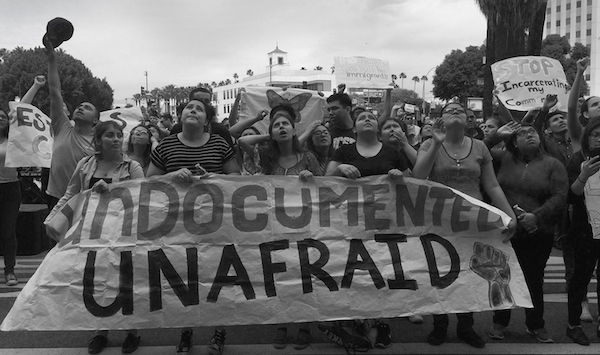 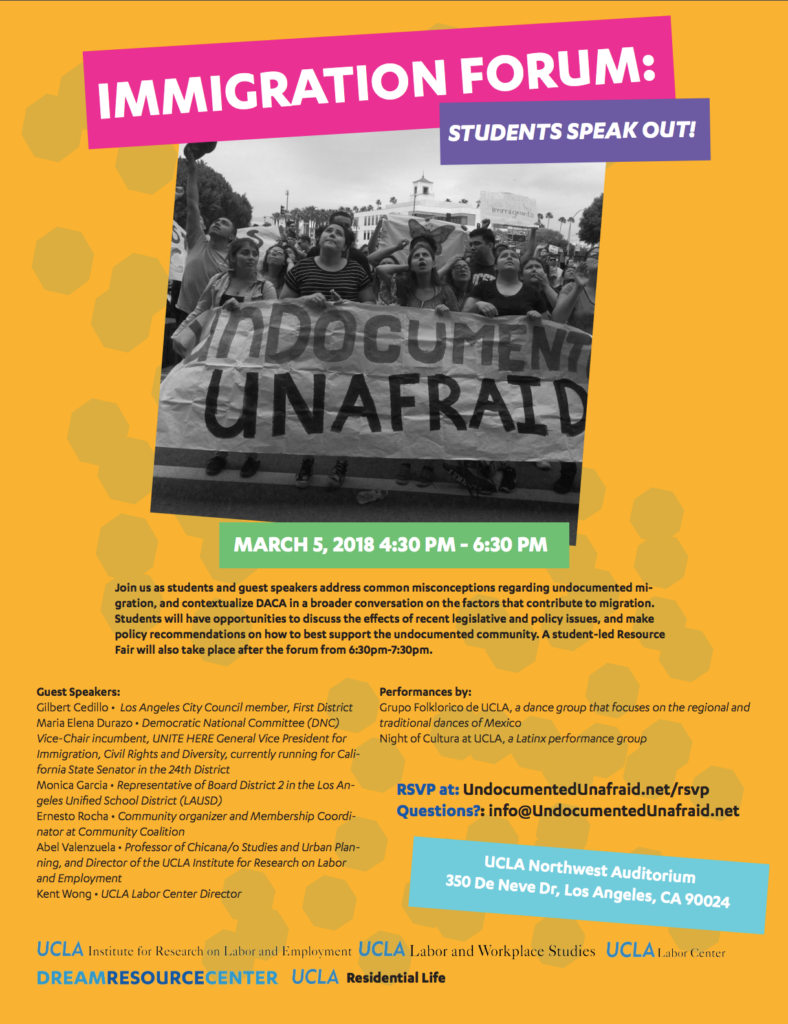 Filed under: dream by UCLA Labor Center
No Comments »