Teaching and Learning in the Age of Trump: Increasing Stress and Hostility in America’s High Schools 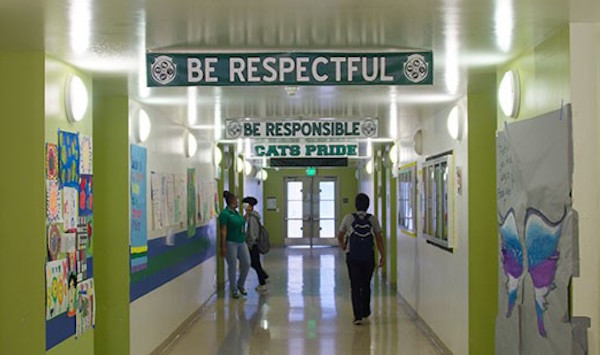 A report released by UCLA’s Institute for Democracy, Education and Access examines whether the substance and tone of national political discourse during the first four months of the Trump administration affected U.S. public high school students. Teaching and Learning in the Age of Trump: Increasing Stress and Hostility in America’s High Schools reveals heightened student stress, growing incivility and expanding racial hostility in American high schools.

Key findings from the study include:

Report author John Rogers and the Teaching and Learning in the Age of Trump research team surveyed high school teachers across the country in May 2017, determined to assess changes in school climate, and therefore on teaching and learning, during the first months of the Trump administration. The report reached the conclusion that immigrant youth and students of color are facing greater vulnerability amidst the politically charged environment of the Trump administration.

Learn more about the report.