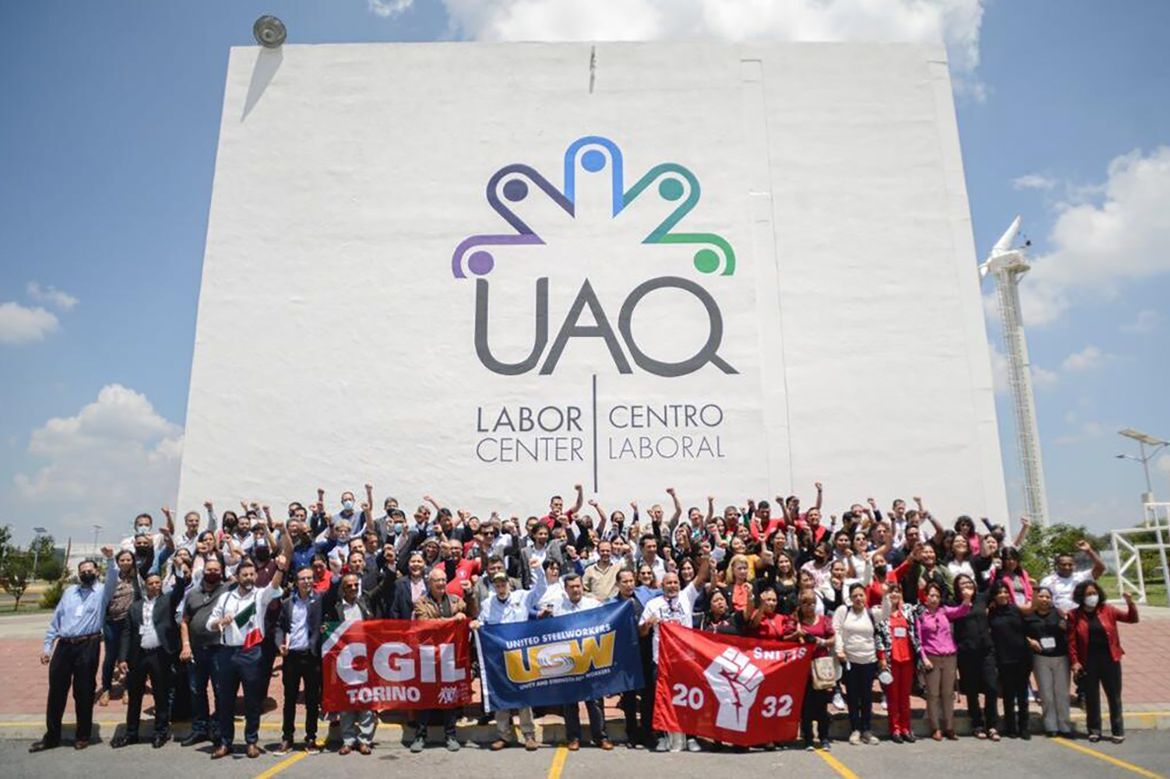 Opening of the new labor center located at the Autonomous University of Querétaro in central Mexico forms part of a longstanding global partnership with UCLA’s Labor Center.

By Citlalli Chávez-Nava | Originally published at UCLA Newsroom on September 8, 2022

Inspired by the UCLA Labor Center’s approach to labor research, education and union and community engagement in Los Angeles, the Autonomous University of Querétaro in central Mexico recently opened the doors of a new labor center, Centro Laboral UAQ.

Leaders from the university’s new labor center marked the occasion by hosting an inaugural forum that convened more than 130 labor representatives from the United States, Europe, Latin America and Mexico on the third anniversary of Mexico’s historic 2019 federal labor reform. Those reforms overhauled the nation’s labor justice system to advance collective bargaining shortly after the adoption of the U.S.-Mexico-Canada Agreement, also known as NAFTA 2.0, which also included wide-ranging labor protections.

“Walking through the doors of UAQ’s labor center was a true celebration of the decades of global labor solidarity,” said Gaspar Rivera Salgado, a project director at the UCLA Labor Center and director at UCLA’s Center for Mexican Studies.

Since 2015, Rivera Salgado has led engagement and collaborative scholarship among the UCLA Labor Center, the AFL-CIO’s Solidarity Center and numerous Mexican universities. The collaboration has released several reports and monographs involving unions and worker-led organizations that have outlined the challenges and achievements of the independent labor movement in Mexico. These efforts supported the new center’s establishment and represents a historic chapter for these partners.

“We know that promoting robust enforcement of Mexico’s labor reform and improving work conditions for Mexican workers lifts conditions for workers in the U.S. and across the globe,” Rivera Salgado said.

The development comes at a crucial time because Mexico’s labor reform established a May 1, 2023, deadline to ratify new collective bargaining agreements between workers and companies to comply with the U.S.-Mexico-Canada Agreement. Yet, nine months away from this cutoff point, only about 10% of potential agreements have been reached.

So as Centro Laboral UAQ opens its doors amid this looming deadline, its leaders hope to help bridge this gap by educating workers on how to form independent unions, negotiate union contracts and to provide necessary technical assistance that supports workers in their organizing efforts. In the coming years, the center will also continue to work in close partnership with the UCLA Labor Center and other global partners to advance worker research and initiatives informed by worker demands.

“The launch of the first labor center in Mexico is a historic breakthrough, and provides unprecedented opportunities to address immigration, economic inequality and the critical role of unions on both sides of the border,” said Kent Wong, director of the UCLA Labor Center.

Members of UAQ’s faculty also expressed optimism for the promise the new center represents for working people in Mexico.

“It is sought that through research, linkage and accompaniment, the full recognition of labor rights, freedom of association and organization and the democratic participation of workers will be strengthened and promoted,” said Javier Salinas García, director at Centro Laboral UAQ and faculty director at UAQ’s psychology and education department, in a statement.

Efforts to establish similar labor centers at the Autonomous Metropolitan University and the National Autonomous University of Mexico in partnership with the UCLA Labor Center and the Solidarity Center are underway.