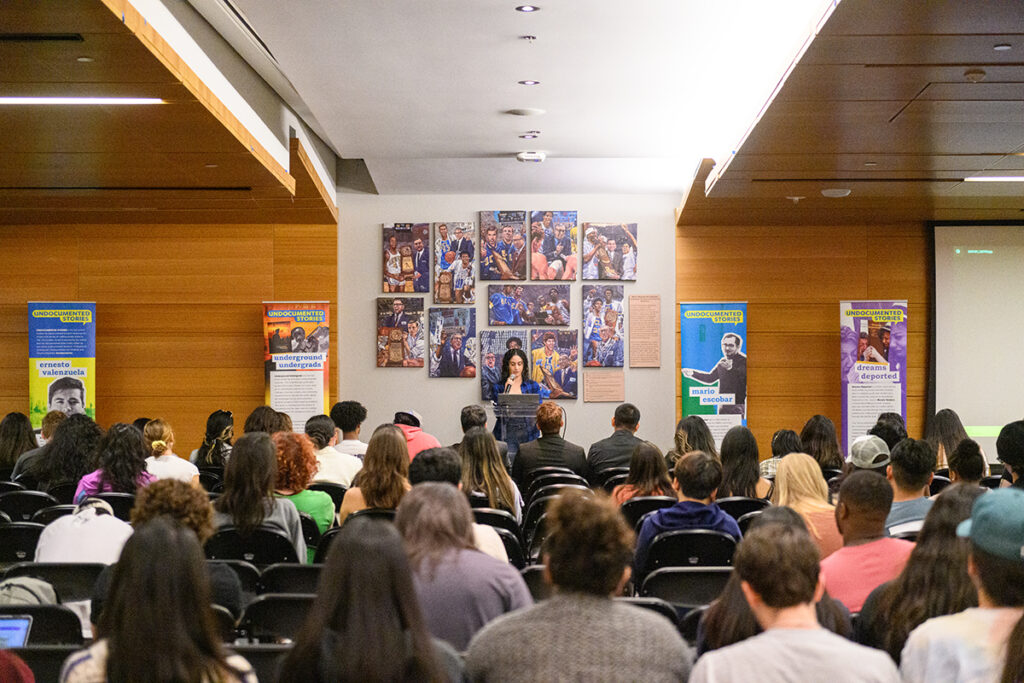 The teach-in featured presentations from students, faculty and legal experts, as well as screenings of short films “Seattle Underground Railroad” and “Undocumented & Unafraid: Tam Tran & Cinthya Felix and the Immigrant Youth Movement.” Attendees heard firsthand accounts from undocumented students and their friends and family on the difficulties they face navigating the University of California system with restricted work opportunities.

“For over 15 years, UCLA undocumented students have been at the forefront of the fight for immigrant rights and immigrant justice,” said Kent Wong, director of the UCLA Labor Center. He spoke about the historical success of the immigrant youth movement in advancing key legislation, including California Assembly Bill 540, the California DREAM Act and Deferred Action for Childhood Arrivals (DACA), each of which he said serves as “a reflection of the power of the immigrant youth movement.”

“The Opportunity For All campaign is yet another defining moment for the immigrant youth movement. The campaign is launching at a critical time in history, because this year is the 10th anniversary of DACA,” said Ju Hong, director of the UCLA Dream Resource Center. “Some of the biggest lessons I learned from the DACA fight is that we have to challenge the system, take bold actions and lean on each other.” 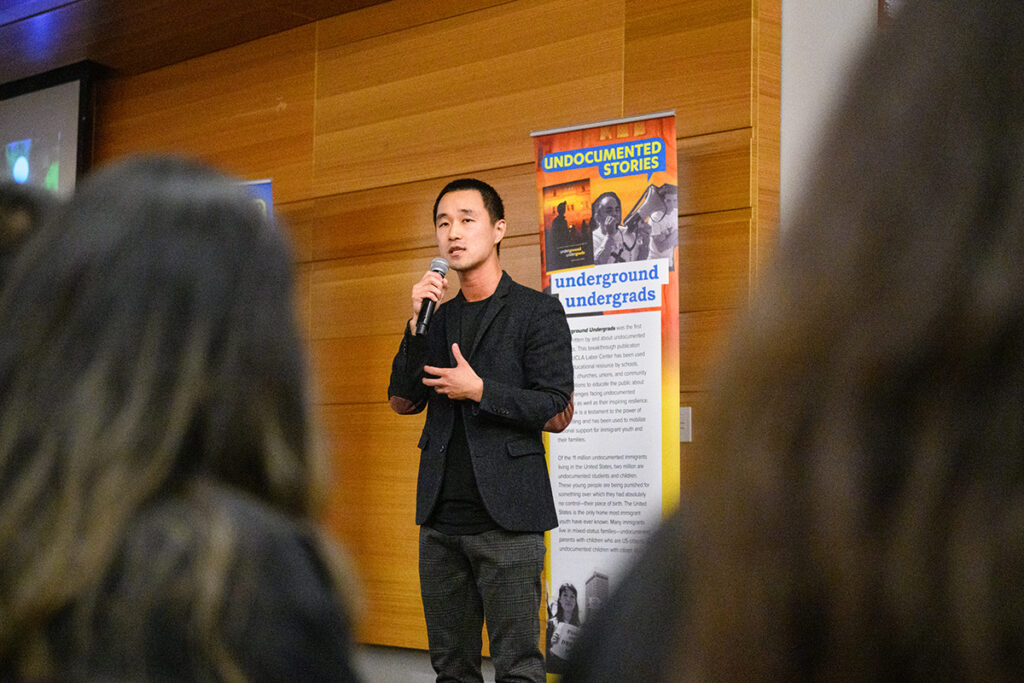 Approximately 44,326 undocumented college students in California currently do not have equal access to on-campus opportunities — such as work-study jobs, paid internships and graduate student research — due to the 1986 Immigration Reform and Control Act (IRCA), a federal prohibition on hiring undocumented people. However, a recent analysis conducted by CILP reveals that IRCA does not restrict hiring practices by state entities, including the University of California. So far, 28 immigration and constitutional law scholars from across the U.S. have signed a letter supporting CILP’s analysis, and more than 2,000 community members have signed a public letter of support.

“The history of progress at the UC is written by the hands of students,” said Jeffry Umaña Muñoz, an undocumented third year student. “More specifically than that, the nationwide advancement of progress for immigrant justice is rooted right here at the UC. We stand here today as living proof of the progress that comes from supporting undocumented communities directly, exemplifying the excellence, critical consciousness and care for community that the UC system instills in each of its students.” 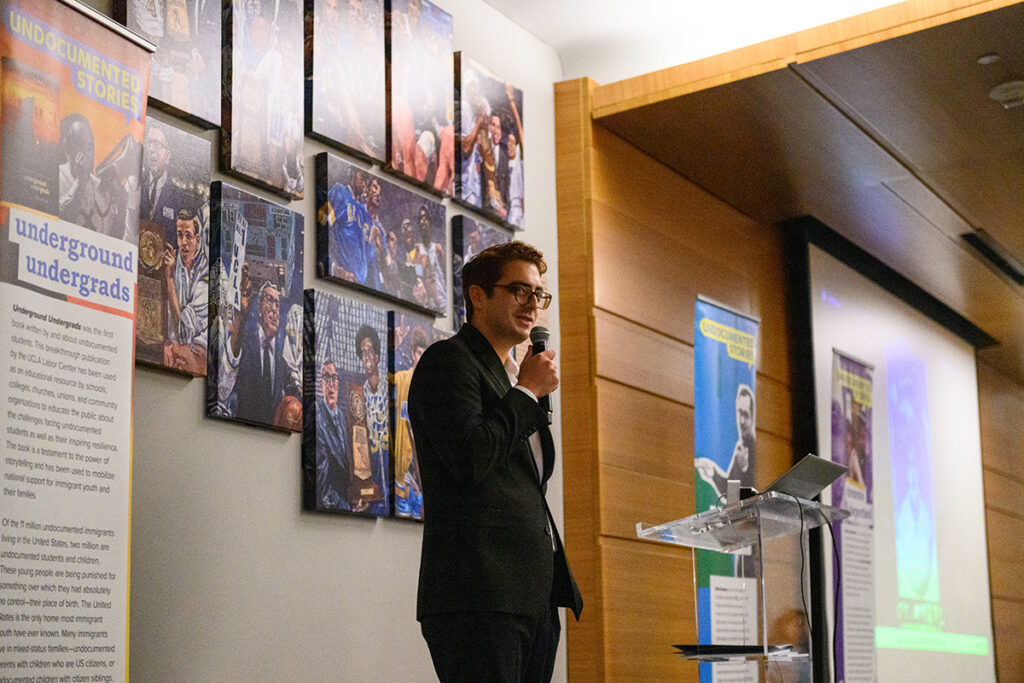 Katie Garamendia, a third-year student, spoke about her grandfather’s experience as a bracero, a farm laborer subjected to harsh, exploitative work conditions for little pay despite promises of workplace protection and fair pay from the U.S. government. For her, the Opportunity for All campaign offers a way to recognize the diligence, courage and accomplishments of immigrants that have been historically ignored.

“Today, we have an opportunity to be different: to change a narrative in the trajectory of righting the wrongs we have made and to actually fulfill the promises that were made to our ancestors, immigrant workers and people like my grandfather,” said Garamendia.

On Nov. 15, student leaders will attend the University of California board of regents meeting in San Francisco to continue advancing the campaign.

“I am a chingona activist fighting for my immigrant community to be recognized for their humanity, not their merit,” said Karely Amaya, an undocumented student leader pursuing a public policy degree. “The University of California has both an opportunity and an obligation to remove barriers to employment for all students, on all 10 of their campuses, regardless of immigration status.”