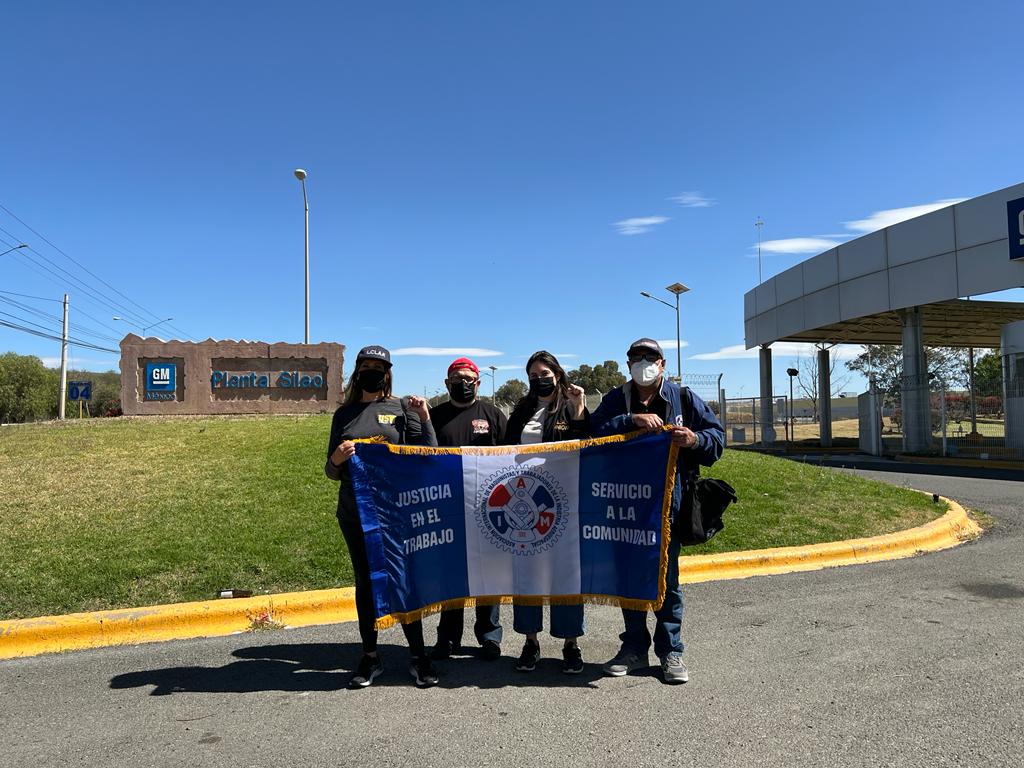 UCLA Labor Center researcher Kendy Rivera Cárdenas joined an international delegation of 60 independent representatives to the central city of Silao, Mexico to oversee a historic union election in which over 6,000 General Motors (GM) workers elected the newly established, Independent Union of Auto Industry Workers, known by its initials SINTTIA in Spanish. Supported by labor activists globally, SINTTIA is committed to improving wages and work conditions at the plant.

On Feb. 1 and Feb. 2, the delegation, in partnership with the AFL-CIO’s Solidarity Center, builds upon a UCLA Labor Center initiative launched last year that promotes research, data collection and policy engagement to promote compliance of more robust labor protections enacted through the U.S.-Mexico-Canada Agreement (USMCA).

The outcome of the election represents a turning point for Mexican union workers, who despite being protected by contracts previously, continued to earn meager wages since agreements have favored corporate interests in the past.

“We’re talking about a workforce that earns the U.S. equivalent of $9 per day, so these workers barely scrape by and can’t afford to purchase the cars they assemble. So this has led to a pattern of auto manufacturing leaving the U.S. for cheaper labor in Mexico,” said Gaspar Rivera-Salgado, project director at the UCLA Labor Center and director of the UCLA Center for Mexican Studies. “This pattern is unfavorable for Mexican and U.S. workers.”

The vote in favor of an independent union also marks the beginning of greater global oversight of labor union practices in Mexico, as outlined in the USMCA.

“For years, labor scholars have been critical of the questionable corporate union practices that at times have pointed to collusion between union leaders and Mexican political representatives,” said Rivera-Salgado.

Furthermore, widespread irregularities, harassment and intimidation have marred union elections for decades which makes the expansion of independent observers that included international labor academics and practitioners, the Mexican National Institute of Elections (known as INE for its initials in Spanish) and the Mexican Human Rights Commission historic.

“Our participation demonstrates another way for public universities to support worker rights not just in the United States, but globally,” said Kendy Rivera Cárdenas, senior research analyst at the UCLA Labor Center. “Unlike previous free trade agreements this is the first time that freedom of association is included as a key tenet of the agreement.” 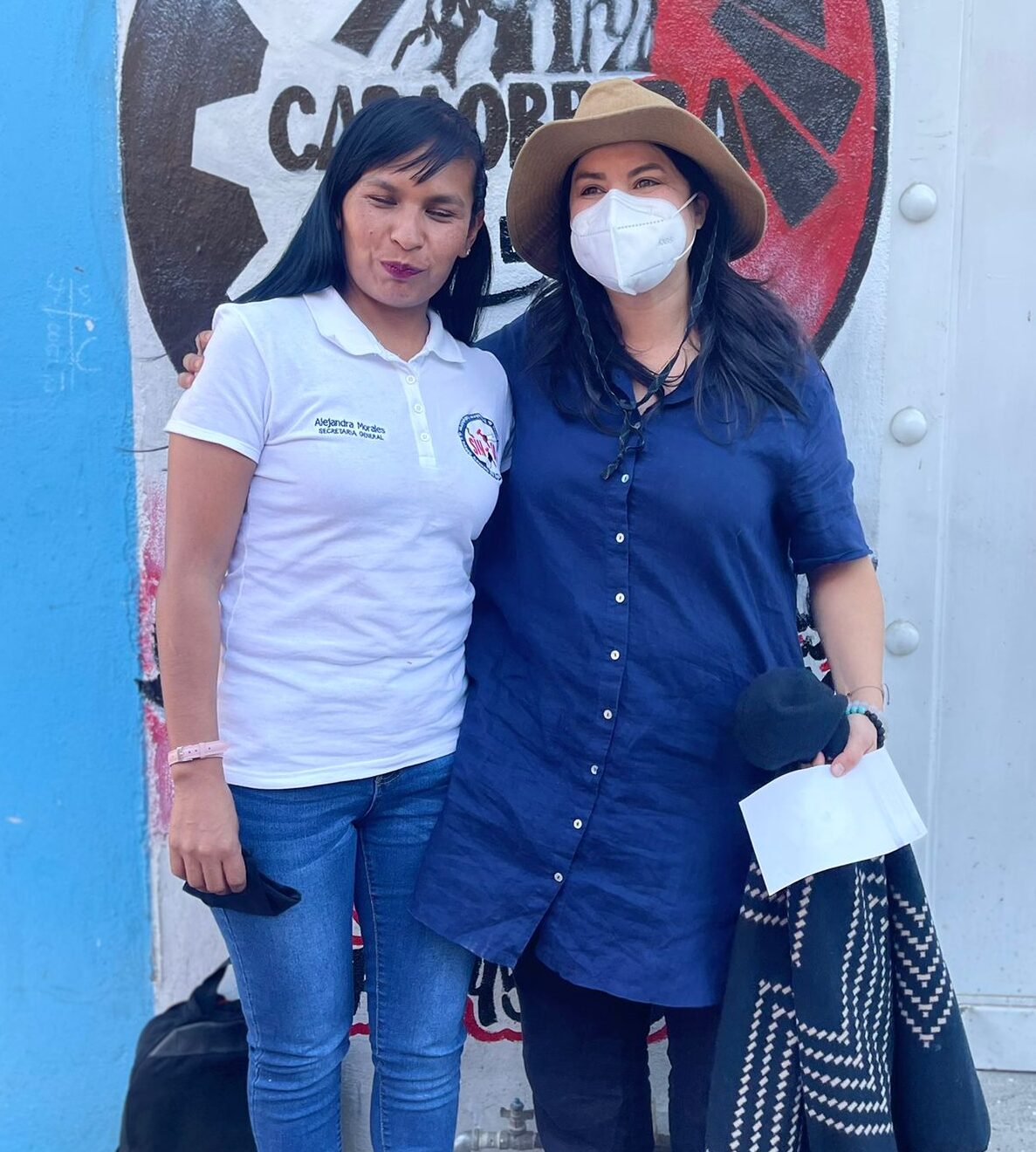 “This is also a key moment in Mexican history due to the implications and magnitude of the 2019 Labor Reform, which requires all unions to go through a re-legitimization process to ensure that workers can cast a confidential vote freely, independently, directly and personally. The hope is that an authentic and legitimate freedom of association will prevail after this contentious election.”

On Feb. 3, Mexico’s Federal Center for Conciliation and Labor Registration (CFCRL) reported a 76% victory for SINTTIA which allows workers to begin a contract renegotiation process.

Representatives of the Institute for Research on Labor and Employment expressed support for initiatives focused on strengthening labor solidarity and global scholarship.

“For years, the IRLE and our units have advanced policy-driven research that raises industry standards here and abroad,” said IRLE Director Abel Valenzuela Jr. “To have a representative from our institute at this election, initiates an important chapter of our global solidarity initiatives that contribute to improving worker lives in Mexico and also at home.”

Other delegates in attendance included the California labor leaders affiliated with the International Association of Machinists and Aerospace Workers (IAMAW), the Los Angeles County Federation of Labor, AFL-CIO, the Labor Council for Latin American Advancement, USW Local 675, Guild Freelancers, and Pacific Media Workers Guild. Among other global delegates, representatives from Canada, Brazil and Colombia were also in attendance.

This coming year, Labor Center and IRLE will continue to focus on the following, in relation to the recently ratified USMCA:

In January 2020, the North American Free Trade Agreement (NAFTA) was renegotiated into the U.S.-Mexico-Canada Agreement (USMCA). Among other highlights, the deal outlined a boost in auto manufacturing, environmental protections and notably for labor rights advocates, greater labor law enforcement for workers through an interagency committee that will have the ability to conduct inspections and levy penalties on goods produced in factories that violate worker rights.

Labor Center Senior Research Analyst Kendy Rivera Cárdenas M.A.‘14, Ph.D. ‘20, applied and was selected by the U.S. Federal Center for Conciliation to oversee the union election in Silao alongside 60 independent observers. Rivera Cárdenas was one of two U.S. labor experts in the delegation.

Media inquiries related to this story can be sent to Citlalli Chávez-Nava, citlallichavez@ucla.edu.