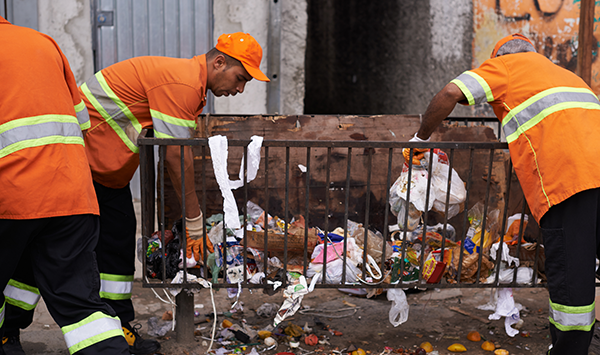 Our new report with UCLA Law School professor Noah Zatz finds that court-ordered community service functions as a system of unregulated and coercive labor, which worsens the effects of criminal justice debt and displaces paid jobs. Work, Pay, or Go to Jail: Court-Ordered Community Service in Los Angeles is the first study to analyze a large-scale system of court-ordered community service in the contemporary United States.

According to the report, over 100,000 people in LA County register to perform mandated community service each year, under the threat of debt collectors and incarceration. Because they are classified as volunteers, workers do not receive wages or labor protections from safety hazards, discrimination, or harassment.

“The volume of mandatory community service is staggering in LA County,” said Lucero Herrera, our senior research analyst. “We estimate that people perform about 8 million hours of unpaid and unprotected work each year. And this disproportionately impacts marginalized communities of color.”

The study finds that workers face widespread barriers to completing community service. Over two thirds of people from criminal court and about two in five from traffic court did not complete their hours in time. Their inability to finish often led to arrest, incarceration, debt and other penalties that court-ordered community service was established to avoid.

“It is difficult for people to complete their hours in addition to their regular employment and family responsibilities. There is a lot of fear. Even people with traffic violations are anxious about being jailed for not completing their community service,” said Noah Zatz. “And if people manage to complete their hours, community service is still not an alternative to debt. On top of working for free, nearly 75% paid fees in criminal court, 40% in traffic court, and people even have to pay volunteer centers before they can do community service.” 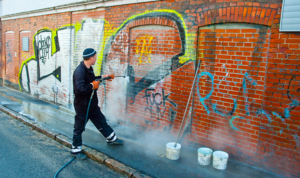 “It is important to recognize that court-ordered community service actually undermines the security of all workers — not just the so-called volunteers,” said Tia Koonse, our legal and policy research manager. “This system replaces what could be decently paid, unionized jobs with free, unprotected labor.”

Report authors recommend rolling back the threats of jail and court debt that force people into community service; expanding alternative sanctions that do not rely on forced, extractive labor; and transforming punitive mandatory community service into economic opportunity through paying jobs.

The report is based on a roster of about 5,000 of the individuals required to perform community service in LA County. Researchers acquired more detailed information on about 600 of the underlying legal cases by identifying and coding court files from a representative sample. Additionally, they made public records requests; surveyed legislation; and interviewed workers, public defenders, program administrators, work site supervisors, and others involved in the LA system.