Welcome to the Dream Resource Center’s first newsletter of the year!

Dream Summer, the DRC’s national 10-week internship program, closed its application period this past month and is moving forward with selecting program participants. If you applied to be a host organization or intern, stay tuned for an e-mail!

Healthy California, a project of Dream Summer working at the intersection of health care access and immigrant rights, has been busy!

Will soon be available in Chinese, Thai, Tagalog, and Spanish

· UndocuComic – 1: Band-Aid Care Is Not Enough

Pol[ICE] In My Head Report – Webinar

The Dream Resource Center received the 2014 John Anson Ford Human Relations Award from the Los Angeles County Board of Supervisors. Former Secretary of Labor and Supervisor Hilda Solis presented the award. Thank you for building with us and continuing to make a difference! 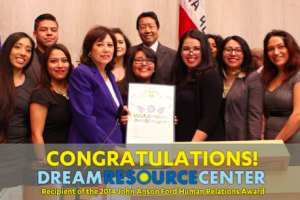 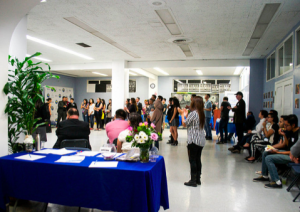 DRC Alumni Network Coordinator, Diego Sepulveda, shared his personal narrative during a LA County Board of Supervisors’ press conference held by Hilda Solis and Sheila Kuehl in support of DACA/DAPA and the implementation of a DACA/DAPA task force in the county. Take a look at the article in the Los Angeles Times: DACA/DAPA Press Conference 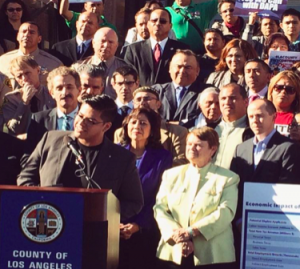 Dream Summer Alumni (’12) Anthony Ng speaks on how DACA has impacted his life. Take a look at the video interview here and the LA Times article here where he talks about Asian Pacific Islander (API)  DACA enrollment! 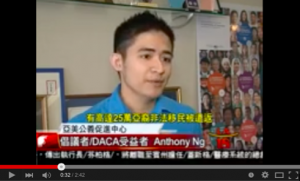 Dream Resource Center – In the News!

Asian Journal news coverage of the DRC’s “Your Health Matters: Enrolling in Medi-Cal as a California DACA Recipient” report.

Korea Daily News coverage of the DRC’s “Your Health Matters: Enrolling in Medi-Cal as a California DACA Recipient” report

Coverage: Undocumented California Youth Can Get Health Care But Many Don’t Know It

The Economic Benefits of Expanding the Dream: DAPA and DACA Impacts on Los Angeles and California

Reorienting the Safety Net for the Remaining Uninsured: Findings from a Follow-Up Survey of County Indigent Health Programs

January 1, 2015 – undocumented individuals in California are able to obtain Driver’s Licenses because of SB60, signed into law by Gov. Brown in 2013.

On February 16, 2015, a federal district court in Texas has issued an order that temporarily blocks President Obama’s DAPA and “expanded” DACA initiatives from being implemented. This means that people will not be able to apply for DAPA or expanded DACA until the court issues an order that allows the initiatives to go forward. – National Immigration Law Center (<- click to find more information.)

#StandWithNanHui and Stop the Deportation! Reunite a Domestic Violence Survivor with Her Daughter!