Workers Speak Out on Anti-Asian Violence 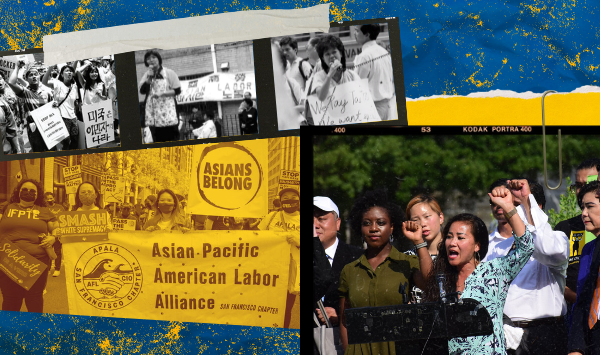 2020 marked a rise in violence against AAPI communities, with the organization Stop AAPI Hate reporting more than 3,800 anti-Asian incidents within the first year of the COVID-19 pandemic. Asian American workers are also impacted by this violence, whether it happens at their place of employment or during other moments of their daily lives.

On June 24th, the Asian Pacific American Labor Alliance (APALA) and the UCLA Labor Center are co-sponsoring Asian American and Pacific Islander Workers at the Forefront of Racial Justice, a forum on racial justice and the role of workers and their unions to combat anti-Asian hate. This event will bring together labor and community leaders to strategize around the goal of building a labor movement that is truly inclusive of all working people, one that fights against anti-Asian racism as deeply and swiftly as it does for workers’ rights.

Continued silence and inaction around the issue of anti-Asian racism renders the struggles of Asian American workers invisible. In advance of the June 24th forum, we’ll be highlighting testimonies from APALA members on our social media accounts regarding their encounters with anti-Asian hate. For today, we’re sharing a preview from a few of those stories to show how AAPI workers are connecting their personal experiences with anti-Asian violence to broader structural and economic injustices. 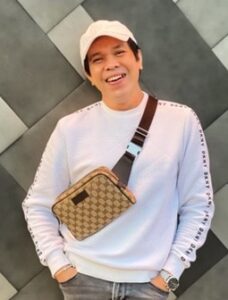 Jade, a member of the Pilipino Workers Center, and Liza, a member of UNITE HERE Local 8, both endured incidents of racist harassment related to the Sinophobic and anti-Asian rhetoric used at the height of the COVID-19 pandemic.

“When I left the bus station and waited for the traffic light to turn green, a stranger came behind me and confronted me,” said Jade. “The man told me, ‘You’re Asian, so you should go home to your country. You’re not from the US. You brought the disease and virus here to the US. I’m gonna kill you.’ Even though the light was still not green and the cars were still moving, I ran so fast because I was afraid he would grab a knife from his jacket to kill me.”

Hundreds of miles away, in another state, Liza also heard something similar: “One time I was at the gas station with my Dad. I think an American person mistook us for Chinese and said to us, ‘You guys are Asian and bring the virus. You need to go back home.’”

Afterward, both Jade and Liza turned to organizing with their communities and coworkers to regain a sense of safety and empowerment. Liza drew a powerful connection between the anti-Asian harassment she experienced and the exploitation she sees as an immigrant worker. “They think we don’t know our rights because we don’t speak English well,” Liza said. “We have to teach everyone to understand and respect all people [and] continue to unionize all hotels to protect all housekeepers, immigrants, women, and people like me.”

Kim, an educator and member of the California Faculty Association, also spoke about organizing to educate and empower Asian American communities to feel safe again without relying on increased policing: “Many of my faculty colleagues were unable—and still are hesitant—to go out on the street, especially if they’re a woman, given the many incidents of anti-Asian hate. It’s gotten to the point where people, especially elderly, are afraid to go out even in places like Chinatown. We’ve tried to work with community members to provide escorts and things like that because people can’t go to the doctor, to the store, without fear of being harassed or victimized.”

“This year we’re having an event in Chinatown, and we’re going to continue to highlight this issue and the importance of providing support for each other, particularly doing it in a way that doesn’t call for more police. Unfortunately, I think some people feel like the only solution is to have more armed people in the community. But we need alternatives to armed police because in many ways [the police] have also triggered and been the source of some of the violence towards people in our community as well.”

For Kim, working toward racial justice is also a project that extends into the organizing he does with his union: “While we called out the racism and discrimination and police violence in the Cal State [University] system, we also thought we had to look at our own selves and [ask], ‘Are we perpetuating some of those same problems?’ And we started on this road of creating our organization as an anti-racist organization. We’ve worked hard to develop and promote new voices, historically marginalized voices in our union leadership, so that we can better reflect not only who we are as a union, but also our students.”

More stories from workers like Jade, Liza, and Kim will be featured on our Facebook, Twitter, and Instagram accounts for two weeks, starting June 13. Then on June 24th, watch the APALA and UCLA social media accounts for live updates from the forum, Asian American and Pacific Islander Workers at the Forefront of Racial Justice.