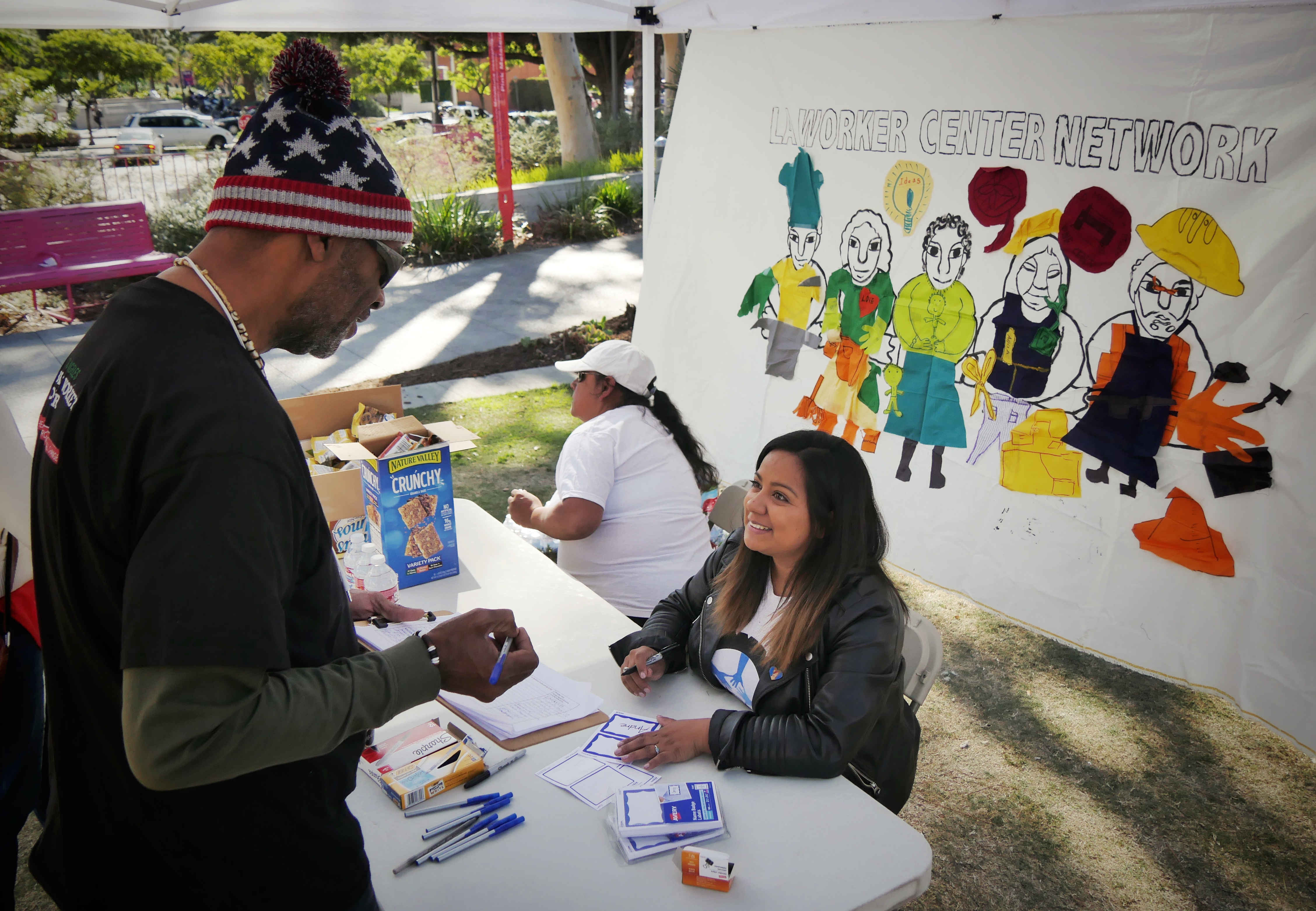 Last Tuesday, the UCLA Labor Center joined its partners in the recently formed “Los Angeles Worker Center Network” (the Network) to host a Legal & Wellness Fair in Grand Park. Attended by hundreds of immigrant and low-wage workers, the event celebrated a year of resilience since Inauguration Day and marked the official launch of the Network.

The Los Angeles Worker Center Network formed in response to the 2016 presidential election with a mission of building the power of low-wage workers, including workers of color, immigrants, and refugees. In the last year, the Network has defended its members’ civil and labor rights through challenging wage theft violations and educating workers and employees about minimum wage and sick leave. It has also supported immigrant rights through connecting with rapid response networks and fighting for the creation of the $10 million “LA Justice Fund,” which defends immigrants from deportation.

And, notably, the Network has committed to ensuring that wellness is a part of community defense. Recognizing the health impact of increased stress, anxiety, and fear since the election, it has striven to provide its members with holistic support. “It’s our mission to defend basic workplace rights from being eroded,” said Jade Daniels, organizer at the Los Angeles Black Worker Center, “but also to promote the mental and physical wellbeing of the most vulnerable workers in LA. Wage theft, discrimination, and hate take a tremendous toll on the mental and physical health of our communities.”

As such, in addition to providing legal services at the Fair, the Network made it a point to address mental and physical wellbeing through meditation, yoga, Zumba, and arts and crafts booths. It also connected fairgoers to wellness resources — including free and low-cost mental health services and exercise classes. We invite you to learn about the resources and services provided by the organizations present at the fair, and to share with your networks:

Center for the Pacific Asian Family